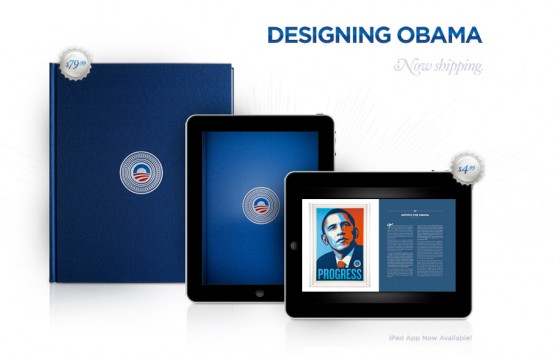 “The Obama presidential campaign was an innovation in American politics and American design. For the first time, a candidate used art and design to bring together the American people—capturing their voices in a visual way. The Design Director of the Obama campaign, Scott Thomas, has collaborated with artists and designers to create Designing Obama, a chronicle of the art from the historic campaign.”

Available in hardbound and iPad formats, “Designing Obama” is must-have reference for any communicator, designer, historian or political aficionado.