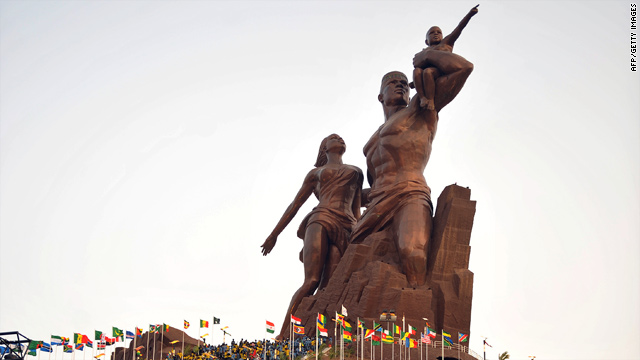 The man who designed the statue is an architect and business man from Senegal. He is design and funding major parts of Africa. Read up on him
http://www.atepa.com/atepa_projets_e.html