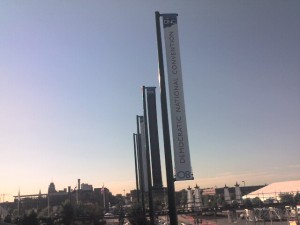 View today of the Pepsi center… 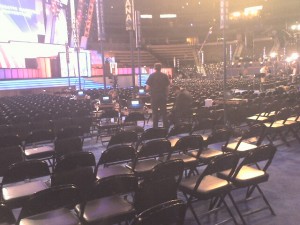 The calm before today’s storm…

Oh yes, there is another update! As I make my way out of the Pepsi Center, who do I see???? Gayle King!!!!! Oh my goodness!! Oh my good grief! When did I become so crazy about celebrities??? Its definitely the majesty of the Convention. Too dark to get a photo AND….she was on the phone. The last time I tried to interrupt a celebrity (on the phone) on the streets of NY, I was given a firm “NO” and I don’t do “NO’s”…lol

I’m going to check out a party at Vinyl (hosted by Hill Harper) near downtown, let’s see what adventures I get into!