[5 babies and 3 baby-daddies] Sadika: The Story of the Serial Baby-Momma

As a part of the “Black Diamond Series,” I wanted to delve into the mind of the “Serial Baby -Mommas”: the women that continually have children out of wedlock, with several men, with no marriage present or any where in sight. I wanted to understand their thought process, or maybe just try to counterpoint it. I guess I knew that I could present debatable points, that would actually convince up-and-coming baby-mommas that there was a better path to take. I know that these broken families are destroying our Black Communities. I believe that we need two loving parents in the home to mold the successful children of tomorrow.

I thought the debate would be fairly simple. Until I had my first conversation with Sadika. Everything changed that day. Everything.

First, Sadika is not alone, there are plenty of serial baby-mommas.

Almost 70% of Black children are born out of wedlock, this is an increase from 40 years ago when 1 out of 4 Black births were out of wedlock. Notably so, out of wedlock births in the White community have increased, faster than the rate of Blacks.

(September 27, 2005 discussion with Ed Gordon and Clarence Page. “Out of Wedlock Births in Black America.”)
Baby-Mommas have been in the making for 40 years.

In 1965, Daniel Patrick Moynihan, Assistant Secretary for the Department of Labor submitted a report to President Johnson inferring that the “Negro Family” was nearing perish. The report was entitled “The Negro Family: The Case for National Action.” Moynihan discussed the connection in the systematic destruction of sorts of the Black head of household, the Black man; and this resulting in an increase in the poverty level of Black women and children.


Could I have been a Baby-Momma too?

At one point in the 1980s, the mid-western town of 70,000 that I lived in was noted as having the highest teen-pregnancy rate per capita of any U.S. city. During the 80s, the town and its citizens were also host of Super Bowl XVI.

I personally blame the influx of teen-pregnancy on the introduction of crack-cocaine into our small community. I have even developed a theory on the “baby-mommas” that arose because of crack-cocaine. It involves a matrix made up of the pecking order of the drug-dealer’s girlfriends. In the early to mid 80s, usually the first or main girlfriend who became the baby-momma got the “keys to the Lex, huh drive” and she got the best GUCCI bags, the nicer leather coats.

(I wonder if George Jung knew that his cocaine empire of the 1970s and 80s would create a subsequent downfall of an otherwise upstanding community. This conclusion is from my own opinion, of course. But more on that later in “The Black Diamond Series.”)

At times I peer into my life, and I understand that many things could have easily gone down a different path . I grew up in a town that was mostly blue-collar. Where a lottery chance at applying for a job at a vehicle manufacturing plant was like the equivalent of a full scholarship for an Ivy League education. No need for a high SAT score, you just had to pass the written and hands aptitude test for the plant. Life would be good for you.

My parents ensured, that I would attend the best private Catholic schools in the area, yet, I seemed to always find a way to break the perfect mode that had been laid out for me. My mother,
an educator, would encourage me to be aware of whom I hung-out with, knowing that this would have some implication on how others perceived me.

Although I had an (A-) average throughout my high-school career, played three varsity sports, honor roll and National Honor Society; I seemed to always like the thrill of sometimes balancing on the line of right and wrong. Before the age of 17, I personally knew of 3 teenagers who were killed in drug-related deaths. My life was a cornucopia of rights,wrongs, proper dealings and what-have-yous. (I’ll leave that thought right there, and proceed to the subject of my writing today.)


The Story of Sadika: The Serial Baby Momma

Most of my friends-those who attended private schools with me, and those who didn’t, came from two-parent households. These parents were middle-income, two-car, family-owned home type of people. It was more often than not that this was the case.

This leads me to the subject of my writing today: Sadika*.

Sadika had two parents in her home just like me. Yet, Sadika now has 5 children by 3 different men, and she’s never been married. Although that’s not my story as it stands, I realized in the course of writing this piece, I was more alike Sadika than not.


Let’s play the Blame Game, or not.

Within the first 20 minutes of speaking to Sadika, I knew that I couldn’t write the piece as I had intended. Once Sadika explained her history, and described her thought process, something happened. I thought- “Could that have been me?” You see, when you step away from moralistic finger-pointing, just long enough to point that finger back at your self, the Blame Game takes on a different premise, the rules seem to change.

While growing up in my town, I knew of Sadika. We had a mutual girlfriend. My father knew her father, she even lived on my Grandmother’s street. We weren’t friends. We never talked on the phone. We didn’t hang out, not even outside in the neighborhood. Sadika couldn’t really come outside to kick-it. Her parents wouldn’t allow her to pass her front yard. My friends and I were 15-16 year olds, and staying in the front-yard only was unheard of. We would go “walking” for hours into adjoining neighborhoods, and we even had friends who had cars. So staying in the front-yard only; not by choice…was simply ridiculous.

Perhaps that is one of the reasons why Sadika ran away while she was a senior in high-school.

While speaking to Sadika for this story, she joked with me and said, “When we finally DID get to leave the front-yard, we would always get into fights, probably just so excited to be out the house, we didn’t know how to act.” Those few times in high-school that she was able to sneak away, she also started drinking alcohol.

Sadika grew-up in the household of a very strict Muslim father who she herself describes as a militant man, and her mother, a submissive woman. She was a strict vegetarian until the age of 19. She describes what many of us probably felt as a teenager, “I thought they [parents] didn’t know what the hell they were talkin’ about, cuz they ain’t been thru it.” “They were just tellin’ us what to do.” But she says now, as she gets older, her mother does share her teenage life experiences with Sadika, and she wishes she would have known more of that then.

What I’ve liked most about speaking to Sadika about this piece is her openness. It’s such a likeable feature. She understands that her life is less than a perfect cookie cutter. She’s resolved with that. She recognizes her past and present vices and demons. She still has a glimmer in her voice that makes you want to believe that things will definitely be greater later for her.

I really hope that they will be; because, her past has had it’s challenges. Before I begin to proceed into Sadika’s personal story, I’ll say this. She has trusted me with her tears, her pain and her joys. I take this very seriously. In no way will I attempt to present her in a way that is any less than how it was told to me. This is Sadika’s truth. And perhaps in her and myself exposing some of her truth, it will allow other women, AND men to also discover their own truths.

That being said, the first day that she met Big Dog, he walked up to her and said, “Who yo man is?” The17-year-old’s response was, “I don’t have a man.”

First of all, Sadika had no business on “The Ave.” The Ave was where guys went to sell dope on that side of town. Most of the dealers lived in the area, so the street was sort-of their store front. As a female, you would only be found on The Ave because of 3 reasons. Either you (1) Sold dope yourself. (2) Smoked dope or (3) Were looking for a dude who did either.

So, in a perfect assumption, I suppose, Big Dog made a resolution, based on those factors. He turned to Sadika, and told her quite frankly, “Well now, you say, ‘Yo man is Big Dog.’” And at that point, Sadika had a new man. One, with whom, she first laid eyes on, that very day.

While riding in his long, neon colored big-body Lincoln that, for “reminders,” had his name painted on the side panel, together, they became the Black “Bonnie and Clyde” as she so described. They went on the run. Sadika dropped out of school. The next several months were full of STDS, abuse, and pregnancy.

Sadika never saw a prom nor a traditional high-school graduation. The little girl who could never leave the front-yard was on the run from the authorities.

(Part 2 of Sadika’s story will continue next week. We will look deeper into her life and her life choices. How does this effect her children today?)

*The names have been changed. 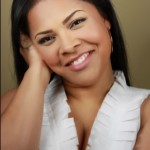 [Richelle R. Ransom is a graduate of FAMU’s School of Journalism. She is writing a collection of several stories called “The Black Diamond Series” -researching several subjects that effect the Black community.]

0 responses to “[5 babies and 3 baby-daddies] Sadika: The Story of the Serial Baby-Momma”