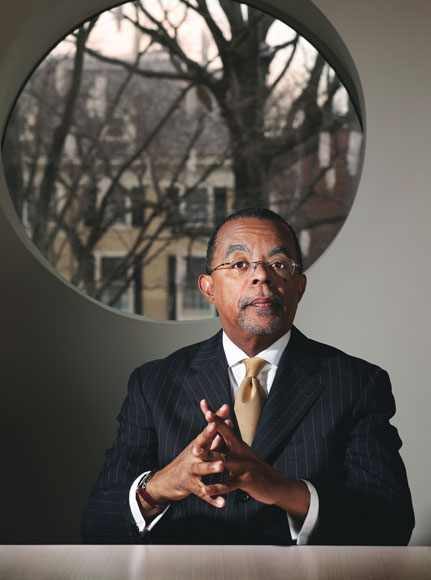 You entered Yale in 1969; those were heady times to be a black man at what was considered a white man’s school. Did you like it?
I loved Yale. We were on the great adventure of black discovery. We were discovering ourselves as future leaders in the largest numbers up to that time at a university of that caliber. Sheila Jackson Lee was there with me—so was Ben Carson, Anthony Davis, and dozens of others who became investment bankers, lawyers, and other kinds of leaders. We were in a position of privilege, and we recognized our historical responsibility. We knew how lucky we were. Yale’s class of ’66 had six African-Americans in it. The class of ’70 had 96. Yale’s affirmative action was about the dismantling of racist historical quotas. Yale was very explicit about the fact that we were part of the 1,000 male leaders they produced (and 250 female leaders). We had such a sense of being the talented tenth. We were going to spread the wealth to other members of our community.

But now it seems as though many African-Americans feel burdened by the obligation to spread the wealth. They want the world to forget about color and judge them as individuals. Does that distress you?
We all want to be judged as individuals, but it doesn’t really matter what you want. It comes down to how society constructs race, and that’s out of our hands. Noticing one’s color or one’s race should be a neutral act. It’s just a descriptor, but right now that’s not the case.

And what did you discover about American diversity?
We discovered that no matter what the law was during the day, at night when the lights came down, everyone was sleeping with everyone else. I have never [DNA-]tested a black person who was 100 percent African. Everybody had some percentage of European blood. Elizabeth Alexander [the chair of the African American Studies Department at Yale] is 66 percent European. Even Stephen Colbert, a proud son of Ireland, discovered that the oldest relative we could find on his family tree was German. Meryl Streep thought she was Dutch, but it turns out she is also descended from the English founders of this nation. Diversity doesn’t just mean black and white. America was about the blurring of bloodlines in the creation of a new people. I realized how connected, how inextricably combined we were.

Nobody was upset by that?
No, but the biggest surprise was that anybody who was 100 percent European was disappointed. They wanted to be a little bit African-American or Native American. They didn’t want to be just white. Because we were raised with the one-drop rule, we tend to think that if you have any black ancestors, you’re black, but we’re finding out that everybody is mixed race, so what does that do to our definition of black? It proves that culture is not biological, it’s constructed.

So to be American is to be a mutt?
Yes, ethnic merging is inevitable. But it’s going to be a long time until we all look like Polynesians. When we still see new migrants scapegoated for the economic problems of this country, we know there’s still work to be done. We trace Eva Longoria back to her 11th great-grandfather in Spain, and her ninth great-grandfather came to the New World in 1603. That’s 17 years before the Mayflower.

And yet we continue to think of Jamestown and the arrival of the Mayflower as the beginning of our story . . .
That’s why we need more history. Right now we’re telling new narratives, new aspects of the story. We’re in a corrective period, and that’s why we need conventions like Black History Month.

Have you noticed any changes over the years in the students who take your Introduction to African American Studies class?
It’s a very mixed class, but at a place like Harvard, of course, the majority of the students are white. There are certainly a lot more black kids than when I began teaching—certainly more children of immigrants. More Africans came willingly between 1990 and 2000 than came here from Africa as slaves. We also have more mixed-race children. The complexity of the black community has changed a lot. That’s why I call my class Blackness 101. I teach them that people have been arguing about what constitutes black for centuries, since 1619, when the first 20 [slaves] came off the boat at Jamestown—which is teaching them implicitly that there isn’t just one way to be black.