Now, nearly 40, I have long outlived my fears of “the fate of the young black male.” I graduated from Howard and have gone on to live a very fulfilling life. Now, I find my heart seizing up concerning the murder of Trayvon Martin. I will admit that I feel as though the brunt of racial discrimination has not affected me on a personal or a professional level to any large degree. I have encountered situations with the police, random bigots and the likes which I have been able to snub my nose at as pure ignorance, something quite beneath me. However, being a godfather and an “uncle” to many young black men, I feel a personal assault that I haven’t experienced before. This is because, when I look at what has happened to Treyvon, I think of what could happen to any of my younger nephews and my godson. It is a stark reality check, to which Treyvon Martin was the unfortunate weather bell which woke me up to the realities of discrimination and violence against young black men that exist to this day. 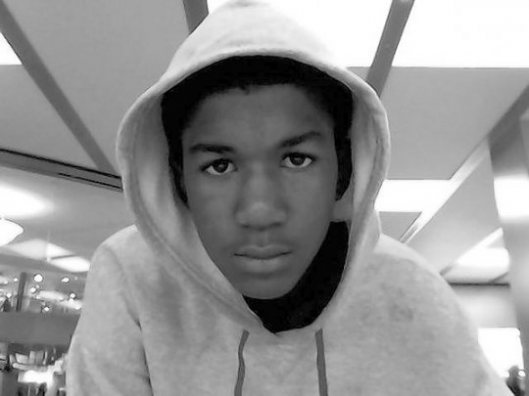 It is 2012. Barack Obama is president, and the term “post racial society” is bantered about in the media like soothing cocoa butter on burned skin. African Americans have only been legal 1st class citizens since the late 1960’s. 40 years doesn’t erase 400 years of slavery and oppression. So, what am I to do? What are we to do? We can no longer be duped into the belief that economic success wipes away racial discrimination. We cannot be lulled to sleep thinking that integration has made the hearts of whites soft like cotton candy. We cannot be fooled into thinking that laws make us equal in the eyes on men. We have to continue to bring light to injustice and ACT upon it however we can. Clearly, there is no magic that will make the realities of discrimination and institutional racism disappear. And certainly, there is no prayer we can pray that will bring Treyvon Martin back to life.

Treyvon could have been your son, your brother, your nephew, your friend, your godson. Let us not forget, that he was all of these things to some one. Now, his life has been horribly taken away. Let’s not let his life go to waste as just another dead young black male.
_ _ _
Lavell Flamon is a native of Chicago who graduated the Howard University’s School of Architecture and Planning as Valedictorian. He currently resides in Denver Colorado.

Treyvon’s death has conjured a lot of emotion in me as well. From the racially charged circumstances surrounding his murder, to the expected injustice from the police and Sheriff’s departments, to Florida’s “Stand your ground” laws which created the environment and circumstances for the freedom George Zimmerman now enjoys, this has been a multi-layered tragedy and travesty.

Thanks Lavell, for adding your voice to the ones expressing sadness and outrage. This is a very poignant and heart-felt editorial.

I am yet unclear as to why there are no charges in the case that is yet 2 weeks old, or why there is no clear information. There should be either charges or information clearing the shooter.

The stereotyping of the “black thug” that seems apparent here should be addressed.

A young unarmed man was shot and killed by a self appointed neighborhood watchman who is yet uncharged. That can’t be the model going forward.