Blame It on Black Male Pathology: Why Bella Gonzalez Can’t Just Have a Fatty

During this weekend’s main event, Showtime Pay-Per-View sandwiched eight rounds of anti-climactic boxing between two spectacular events.  If you watched the fight, you saw them: in round 3, Manny Pacquiao hit Shane Mosley with a beautiful straight left that put him on the canvas, and drew the obligatory “Ohhhhh!” from the guys with whom I was watching the fight.

Then, in between rounds 11 and 12, the cameras showed a side-profile shot of Bella Gonzalez, Mosley’s girlfriend.  Comically, the exact same “Ohhhhh!” went up from the fellas at our fight party.

Ours was a real UN meeting: a Filipino, two Mexicans, a Nigerian, a half- Haitian/half-Black Cuban, and me, a Black American, ranging in age from our mid-20’s to early-40’s.  This small United Nations group, though very diverse, came to a quick, decisive, and unanimous proclamation: She’s is FINE!  And she has a helluva (nice posterior).

The rest of the main event paled in comparison (though the undercard was entertaining and boxing is NOT dead, but that’s another article).  Predictably, “Bella Gonzalez” became a trending topic on Twitter.  Another not-so-small ripple in the Twitter universe however, was an equally predictable indictment of Black men and their reactions to Bella Gonzalez.  We were taken to task by an assortment of tweeters – some unpopular, others with many followers and a lot of influence – for our outspoken response to Bella and her curves.  (An important aside here for those who are unfamiliar: Twitter ceased being simply a “place to see what some celebrity ate for lunch” years ago.  It has a powerful, worldwide influence, and it has become the most popular electronic nexus for people, famous or not, to engage in all types of conversations, a wealth of which are stimulating and important).

Here is a representative example from one Twitter user:

“…I wondered if her body wasn’t *ahem* enhanced.  It’s not that she’s not attractive+ But no, I don’t believe had there been an undeniably Black face on that body, she’d be as appreciated”

To them this was yet another example of color-struck Black men, who were giving unearned credence to a Latina (Gonzalez is half-Cuban and half-Mexican), primarily because she was curvaceous but not Black.  Some echoed the above microblogger, lamenting that a darker-skinned Black woman with the same body would have been ignored or summarily dismissed by these Black men.  Others considered our response an example of our fetishization of non-Black women who have Black women’s features (i.e. thick lips, a round bottom, and curvy hips) –

‘she got all of the features y’all want, minus the darker skin and the “you-know-how-Black-women-are” attitude’, they implied. 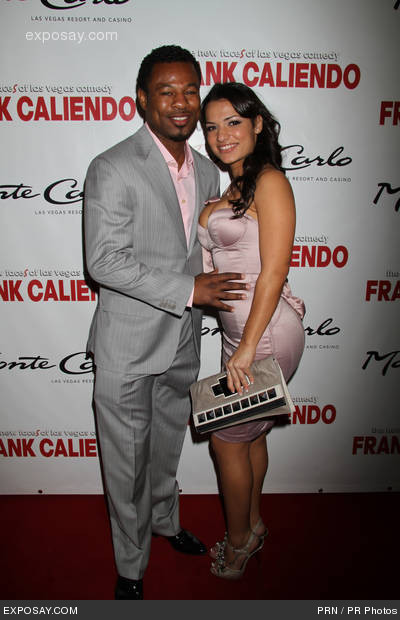 While there are legitimate criticisms of some Black male behaviors, the problem I have is that the most common and accepted diagnosis ends up being the pathologizing of Black males in general – meaning that the very definition of being Black and male, with almost no exceptions, is to engage in abhorrent behaviors.

Even though misogyny and fetishization, violence, and greed are just as American as our stubborn sense of freedom, determination, and national pride, Black American males are the only American group for whom the former are considered instinctive behaviors.  In fact, for those who subscribe to the pathological view of Black males, they are our only intrinsic behaviors.  And for the “few” Black men fortunate enough to have the ability to act outside of our faulty nature?  We are one 3-second camera shot of a curvy Latina booty from reverting back to our “normal” ways.

As a researcher and a scientist, I love Occam’s razor.  It tells us that ‘the simplest solution is the best one’.  It doesn’t mean that it’s always the right one, but it often helps us ‘cut away’ all of the complexity that people want to add to a solution.  Applied in this case, when brothers saw Bella Gonzalez stand up, we weren’t fetishizing her, or expressing some subconscious dislike of Black women or ourselves, we really just thought she had a nice ass!

3 responses to “Blame It on Black Male Pathology: Why Bella Gonzalez Can’t Just Have a Fatty”