I presume by now that everybody has seen The Dark Knight. Before the movie even came out, people where raving about Heath Ledger’s performance as the Joker. I’ll admit, I was a little skeptical especially since I thought Jack Nickolson did an excellent job. But Heath Ledger stepped up and told the world “Wait till they get a load of me!” Evil, scary, funny, and dramatic all rolled into one. Is it Oscar worthy? I don’t know? I would have never thought Halle Berry would receive an Oscar for screwing that old white hillbilly in Monster’s Ball……..but I digress. But if it’s not Oscar worthy, can we deem it the best villain performance of all time?

10. Freddy Krueger (Robert Englund) – A Nightmare On Elm Street. I didn’t want to take up too much of the list with horror movie villains so I just picked two. Freddy Krueger was a beast in this film and had little kids scared to fall asleep for weeks.

9. John Doe (Kevin Spacey) – Se7en. Here is one villain that never gets caught. How ruthless was he? Well in the end Brad Pitt never caught him, but had his wife’s head delivered to him in a box. Ruthless!

I think this one of the best parts Jack has ever played. The look on his face when he peeped through the bathroom door will be etched in my mind forever. 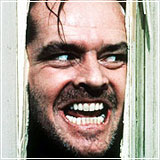 You can’t really be mad at Jason can you? He just came back to take revenge on the girl who, killed his mother. He is the most rootable guy on this list. Those kids knew damn well they should have never visited Crystal Lake, but nooooooo!.

We all know Kathy Bates isn’t a looker. But mamma always told me you can attract more flies with honey than salt. If he would have been a little bit nicer, she wouldn’t have tortured him the whole movie.

5. Ike Turner (Larry Fishburne) – What’s Love Got To Do With It?

“Sing the song like I wrote it Anna Mae! You couldn’t help but to feel sorry for Tina Turner during that movie. We see why she had those sexy legs……from running from Ike!

And to think this was based on a true story? Imagine how scared people were who saw this in the theaters. Paul Mooney told a tale how he and Richard Pryor were so scared they left the premiere. 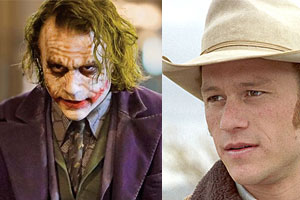 How many of yall started to lock the door to the bathroom after seeing that shower scene?

The promotional photo of Hannibal wearing straps and mask across his face was outright horrific. He was intelligent and could get into your head. Before he literally got into your head to eat your brains! (It’s funny how Hollywood has made the name Hannibal synonymous with a cannibal? We all know the REAL Hannibal was an African warrior who invaded Rome on elephants.) 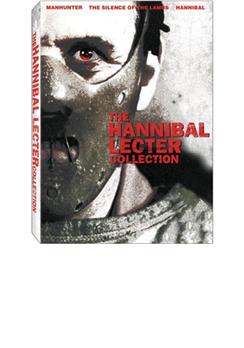 5) John Lithgow vs. Denzel in Ricochet. Drugged my man and had a hooker with Syphilis ride him ON TAPE! (…”In front of my WIFE dog???”)

4) Christopher Walken as the Headless Horseman in Sleepy Hollow. He was just RAW, and who doesn’t like C. Walken aka Bank Tight, Frank White?

2) The Joker. I don’t want to ruin it if you haven’t seen it, but dude was RAW in Dark Knight. Bats should’a dropped him…

1) The US Government in When the Levies Broke. Heart Breaking.

I’m surprised you fellas didn’t include Alex Forrest (Glen Close)from Fatal Attraction. Did she not scare you. I went to see this on a date back in 87 and old dude was hiding behind me (playing I think) saying he’d rather deal with Mike Myers.
Also honorable mention to Peyton Flanders (Rebecca DeMornay) in Hand that Rocks the cradle. Ya’ll know women are not short on crazy. Regan was possessed. These two heffas were just nutty.

I feel you L-Boogi, that Glen Close was one scary chick in that movie. Boiling rabbits and wielding knives.

Be, good one on the federal government, I know people who still have not recovered from that tragedy.

The Government is NUMERO UNO
Especially if you’re tryina cross the border or survive a natrual disater…but if you’re 1/2 way around the world and the local government don’t want you to come in…you damn near droppin’ food and supplies from 30,000 feet.

I’m off the soapbox now…..SMDH!

Leave a Reply to Aka Tito Cancel reply