Idris Elba talks Ghost Rider, Video Games, and How to Pull Off a Convincing American Accent

With the upcoming release of the Ghost Rider film, based on the Marvel comics character, coming this Friday we received a phone call from a fan favorite and long time friend of AlumniRoundup, actor Idris Elba.

Interview by: Bryndan Moore
—
You are playing the character Moreau in “Ghost Rider: Spirit of Vengeance.” So who is Moreau?

In the Marvel Universe, Moreau is a character that reoccurs in many different guises and people, and many different comics. He is not one particular person, so we took the name Moreau and made him into this particular character. Moreau is a Priest who likes to drink, travels the world, has his fighting skills, that is fearless. Basically he is kind of like someone that can look into someone’s soul and say I need you to do this or you need to this. He’s that kind of person.

So I have heard about some of the crazy camera work by Mark Neveldine and Brian Taylor on the set, can you tell us any particular stories about any of the things you’ve seen that were kind of insane?

There is a few, these guys they did some parasailing down the side of a Monastery to get this particular shot which was a two second shot in the film, but they literally strapped themselves onto some ropes and parachutes and sailed down the side of the building just to get the angle. 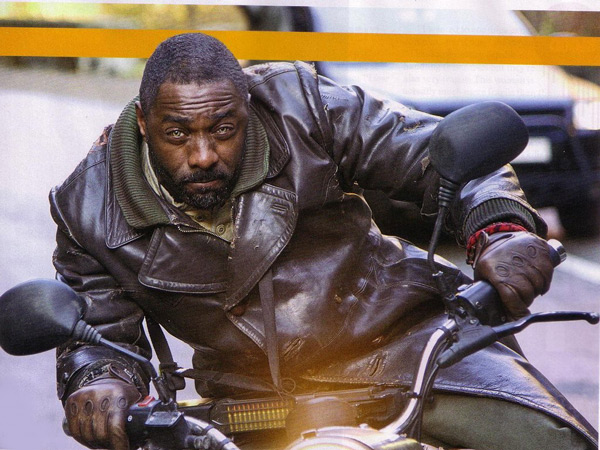 When I was in motorcycle stunts, they jumped on roller blades and was dragged along, by me, on a highway at 60 miles an hour getting a shot.

Are you an avid bike rider? You know what you’re doing?

I know what I’m doing, I used to have a bike. But I can’t say I’m experienced, I will be honest with you about that but I love riding bikes and I love doing it on this film.

We all love you for “The Wire.” Those types of shows are heavily character-based and performance-based, and you have done this is now your second Marvel film which is very heavily CG-based. Can you describe the difference between the experiences in doing those two things?

Yeah, I mean actuality versus virtuality. The Wire is real people, real scenarios. The process is quite different, you are in a room, get the words and you create a drama. But CG films you’ve got to really use your imagination, what I call big-face acting. With Marvel characters, they react to slightly larger than life, so someone getting punched in the face is a bit bigger than in reality. That’s the sort of general difference between the two.

Were you a comic reader coming up?

If you could play any particular Marvel character, even if it’s already been played, who would you be?

That’s a good question. Probably Luke Cage, man. Because it hasn’t been done and I think the surface of Luke Cage is another Marvel character, but underneath the surface there is a real sort of dark person there, you know. I think that could be quite an interesting character to play. 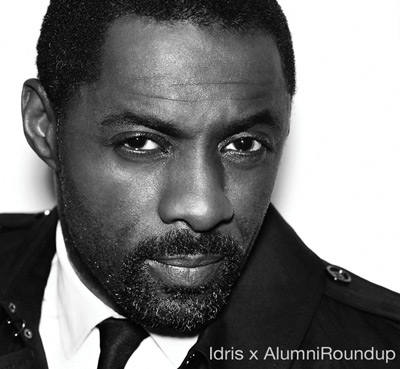 Right, very good. When we see you, you always seem to be in great shape. Can you describe what your diet or workout regime is like?

I don’t work out much. I should! When I was working on this film that I am doing now, I trained for it. I don’t keep up as much as I can because of the time restraints. But when I do train as kick-boxer and Muay-Thai, which is something I have been doing since I was around 25. Never did professional fighting but I am pretty good at it, and it keeps me in shape. But to be honest I run around so much that the basic physicality in getting from A to B keeps me pretty trim.

How about your diet, do you eat any particular way?

I tend to try to have a really good breakfast, oatmeal, eggs, because that’s the first meal of the day and it sets you off. And then I try not to eat too much for lunch, and then just a nice square meal.

Recently you did a video game voice-over for “Call of Duty: Modern Warfare 3”, it’s a huge game and you played the character “Truck.” How was that experience?

I lost my voice a few times, how about that. [laughs] I was screaming and shouting in it. It was quite an interesting experience because the studio that we used basically has a set up where, it’s you and the other actors are in the room, there are four screens around you and you can actually see the action sequences, but at the same time you can see your words. You can see, it will come up “Chuck speak now”, “John speak now” and you are literally doing – so you are moving the way the animation character is moving while doing the voice-over. Back in the day it would be you in a booth and you would just say the lines, but now they have kind of figured out a way to do it so you’ve got the movement and the physicality that would happen in your voice to give it a bit more realism.

Nice. So we have a reader question in from Amir from MikeandAmir.com, he is 10 years old by the way. What type of video games do you like to play?

I play the FIFA Soccer game a lot, I play online. I’m in the leagues on FIFA, I’ve been playing since I was literally 22 years old or something. I love FIFA, sports games are a bit more my thing. Driving games, I love driving games as well.

Great. When you get actors that come out of the states and they go overseas, they often do horrible-horrible accents – you get bad examples like Kevin Costner in the “Robin Hood” movie, where they even dropped the accent half way through the film. But you get actors from Australia and the UK like yourself to come across and man, you do a fantastic job with an American accent. I wonder what influences you have coming up or what did you do to work on it?

What Americans tend to forget is that because their television and film is SO successful for a big part of my early life – the most films on television were American. The biggest TV shows – Columbo, Cagney and Lacy, Dukes of Hazard, Bonanza, these are shows that dominated our lives in England and they were all American. You sit and listen to this stuff and if you have an ear for it, you pick it up. That is one reason, the other reason is that the American accent, the American dialect is actually easier to achieve for English people than the other way around, just phonetically the way you use your tongue as an American is a lot, and I hate to say it this way, but it’s lazier than Europeans use their tongues. What we have to do when we are doing an American accent is we lay back. Even that doesn’t mean you can do it well, for me I lived in America for – I have lived here for damn near 15 years. I made it a point to study the accent, not only the accent but the culture. I need to understand why people speak this way. How the American accent came about. I learned all of that, I learned why down south has a certain twang, I’ve learned why African-Americans speak a certain way. There is huge science to it. I am a natural mimic as well. The combination of all those three things is why I think some actors are better at achieving.

One response to “Idris Elba talks Ghost Rider, Video Games, and How to Pull Off a Convincing American Accent”