Synopsis: CASINO ROYALE filmmaker Martin Campbell directs a remake of his own BBC miniseries with this thriller. Mel Gibson stars as Thomas Craven, a man who has spent years as a detective in Boston. When his own daughter is killed near the door of his home, Craven realizes that her death is only one piece of a puzzle filled with corruption and conspiracy, and it falls to him to discover who is behind the crime. Written by Oscar-winner William Monahan (THE DEPARTED) and screenwriter Andrew Bovell (LANTANA), EDGE OF DARKNESS also stars Ray Winstone and Danny Huston.


Pros: THE TRAILER! The movie the trailer sells is the return of Payback x Lethal Weapon Mel Gibson cast as a man on a mission of bloody revenge. Also the choice of actors and performances of the 3 leads were pluses. Gibson, Winstone, and Huston are all actors that conjure some emotional reaction on first sight. Good choices and 3 good performances.

Cons: The movie failed to deliver the intensity that the trailer delivered. There were several dead end tangents of information, and in the end the writing/direction failed to keep the audience interested. This wasn’t the return of Mel we expected.

Overall: It was a movie just slightly on the positive side of the balance scale. In my book that equates to possible DVD rental. It definitely wasn’t a must see, and could easily slip past you onto the shelves of your local video rental spot. Save the trip. 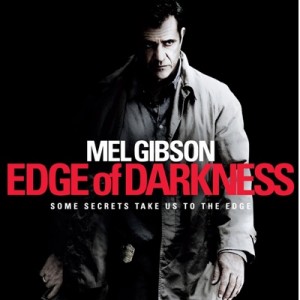 0 responses to ““Edge of Darkness” Review”