The best movie of the weekend may have the lowest attendance of the weekend judging by the three other attendees in my neighborhood stadium-seating theater. In “Swing Vote,” a clueless, apathetic, alcoholic factory worker, played by Kevin Costner, comes to grips with his lack of civic responsibility due an improbable event initiated by his daughter. 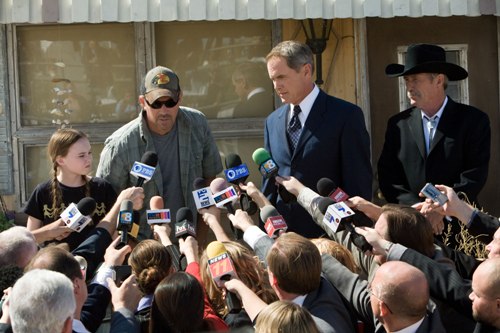 Yes, other films have addressed how political and personal ambition profit from the business that is the American political machine. Yet “Swing Vote’s” diverse cast uses humor and heart to shine a light on the irony of American politics: winning at all costs undermines the purpose of the battle. If you are not registered to vote, or have become disenchanted with the political process, “Swing Vote” should embarrass you into casting your vote, or at least make you think about the consequences of standing on the sidelines. Go see it!