Plot: A group of elite warriors are hunted by members of a merciless alien race known as Predators.

Pros: (Slight Spoiler) There were KEY elements from the original Predator movie; the score, the Predator view, several lines and situations, and of course “Old Painless” to name a few. It was as close to a remake as you could make without tainting the timeline. In fact it was NOT a remake in the story, but moreso homage paid in the style of storytelling.

Cons: As is the case with too many movies these days the incongruity between the trailer and movie on the screen. Part of the reason I expected so little from this movie was the trailer. The shot with 8-10 laser targets on Adrien Brody’s character didn’t happen (thank god).

Overall: Predators was a sleeper. Being the 5th in theater installment in the Predator series (Predator, Predator 2, AVP, AVPR, Predators) its probably only the 3rd worth watching. Arnold’s movie was an undeniable classic and arguably his best film. This movie pays big respect to the original, respects the fans, and still manages to carve out it’s own identity. Its worth catching in the theater. PS I left a couple goodies for you below… 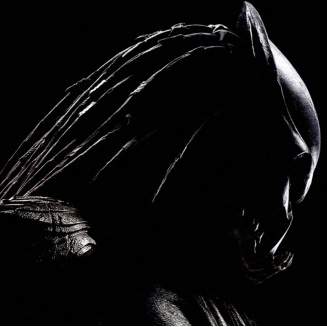