Synopsis: Academy Award winner George Clooney stars in the title role of this suspense thriller. As an assassin, Jack is constantly on the move and always alone. After a job in Sweden ends more harshly than expected for this American abroad, Jack retreats to the Italian countryside. He relishes being away from death for a spell as he holes up in a small medieval town. While there, Jack takes an assignment to construct a weapon for a mysterious contact, Mathilde (Thekla Reuten). Savoring the peaceful quietude he finds in the mountains of Abruzzo, Jack accepts the friendship of local priest Father Benedetto (Paolo Bonacelli) and pursues a torrid liaison with a beautiful woman, Clara (Violante Placido). Jack and Clara’s time together evolves into a romance, one seemingly free of danger. But by stepping out of the shadows, Jack may be tempting fate.

Pros: The two BIG pros are the slimmed down George Clooney on screen, and the beauty of Violante Placido (Clara). Clooney is a good looking guy, and Placido is gorgeous and sexy. Italy was beautifully shot from a macro perspective, not the rolling hillsides, but the detail of a small town.

Cons: As with many Hollywood trailers designed simply to fill the seats, the initial trailer was misleading. The voice over was crafted specifically for the trailer with much of its content not actually in the final product. Also the pacing of the trailer is completely opposite of what is on screen.

Overall: The premise of the lead character is a cliche in espionage movies; the spy who lost his edge playing out one last job. This is no hokey over the top action film, however, and its the furthest thing from the Bourne Identity like film the initial trailer promises. The pacing of the movie is slow, at times unending silence fills the screen. It’s a great change of pace, just unexpected due to the marketing. Good movie, but I don’t see the theater experience being necessary. A quiet night in front of the flat screen and DVD will do nicely. 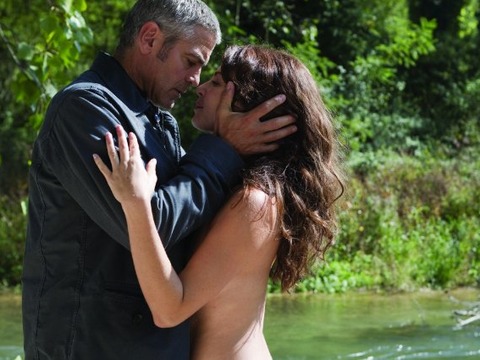 Whenever you go through hardships and choose not to surrender, that’s power

I just love it! Great article! I only wish you updated your blog more frequently, I can’t seem to get enough of your blog. I saved your site in my favorites! Do you think that I could be a guest poster at some point?