Cast: Benicio Del Toro, Hugo Weaving, Anthony Hopkins, Emily Blunt
Director: Joe Johnston
Writers: Andrew Kevin Walker, David Self
Plot: Lawrence Talbot, a haunted nobleman, is lured back to his family estate by his brother’s fiancee, Gwen Conliffe, after his brother vanishes. Reunited with his estranged father, Talbot sets out to find his brother and discovers a horrifying destiny for himself. He learns that something with brute strength and insatiable bloodlust has been killing the villagers, and that a suspicious Scotland Yard inspector named Aberline has come to investigate.


Pros: Three excellent performances: Hopkins, Del Toro, and Weaving. It is a beautiful film from the set to the effects. The suspense and action were in tact and exciting.

Cons: The initial trailer made the movie movie look small, like it was shot on a small set. It put a question mark on the film which made me wonder: theater or DVD?

Overall: The problem with modern movies is that new ideas that work are few and very far between. As a result story lines and characters are recycled over and over again to ever renewing young audiences. Inevitably each director/(re)writer/studio tries to put a spin on things by adding their own special plot twist or added some of which work, most which don’t (King Kong, Godzilla). The Wolfman does the opposite and wins because they STUCK TO THE SCRIPT. This movie was an update on a classic that was well constructed, beautifully set, and well performed. It was worth the trip to the theater for sure.


A clip from the original 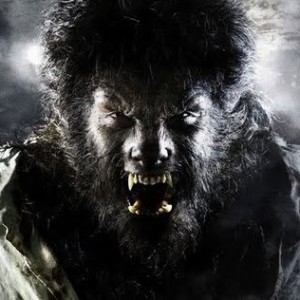