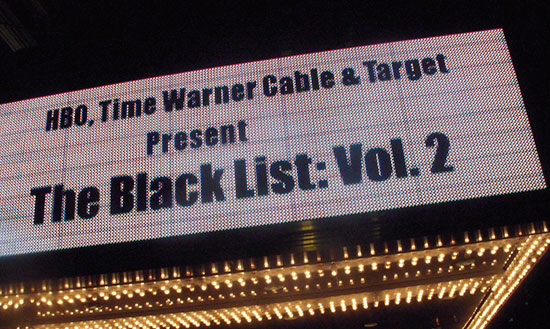 The event was well attended and the film was definitely well received.  I have watched and enjoyed Volume 1, and I have no reservation in telling you that I enjoyed Volume 2 even more.  There are a couple of reasons why.  After seeing the second installment I get the impression that the film makers may have been unsure if they would get a second shot and loaded the first volume heavy.  Volume 2 covered fewer people, and not all “front row” personalities as in the first.  The result is an experience that is endearing, informative (I knew NOTHING about at least 2 of the people covered), and inspirational.

If I had to pick an adjective to describe the Black List Volume 2 it would be “Worthy”.

The film makers deserve a vote of thanks and congratulations for producing a project that so adequately reflects the spirit of proud, willful, determined, and blessed African Americans today.

My standout interview was T.D. Jakes, who left me wishing I had a pen and paper so I wouldn’t misquote his key phrase.

I won’t even try.  You should just check it out on HBO starting tonight.