Saunders Sermons is one of the most laid back dude’s I’ve ever met. After 5 minutes of casual conversation you will pick it up in his speech pattern, his choice of words, and his demeanor. Slide, Saunders’ nickname as he is a trombone player as well as a singer, is one cool brother.

I met him in a recording studio session in New York with Coco Brown this winter. Saunders was recording a hook for an upcoming release Coco was preparing. Layer after layer, the tedium of the recording process can often be like watching paint dry, but before long the art began to show. The finished product was beautiful. 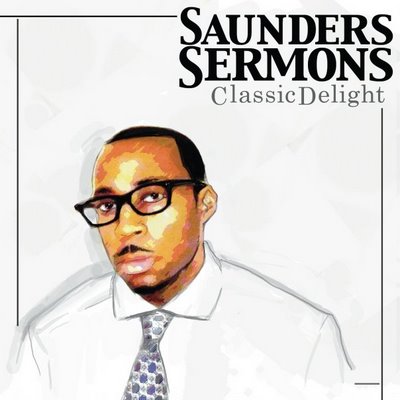 Classic Delight is Saunders’ album, consisting of only 7 tracks, housed behind a simple unassuming cover. The album is a consistent reflection of the artists personality; as the music is smooth, contemplative, vocal jazz. In his covers of “Gee Baby” and “Straighten up and Fly Right” Saunders sounds like an artist made for another time. He and his band’s vocal and instrumental execution is excellent.

Classic Delight is an unexpected surprise. The album is best described as subtly addictive as it plays in our office often on repeat. People pass me on the way to the coffee pot humming the songs. Its dope. Pick it up.

Pick up Classic Delight on itunes.