“Paris vs Poorest” is a poignant statement of perspective. Maurice “Mo the Educator” Dolberry‘s depiction of the two sides of the coin that Yasiin Bey and Jay-Z and Kanye West portray caught the attention of the Pillars of Hip Hop embodied including Chuck D, various notable DJs and far from least, recording engineer to the Rocafella lineup, Young Guru.

This is the best side of Hip-Hop education even in disagreement. We’re going to get these two (Dolberry and Guru) on a call to see about some of those much sought after ANSWERS to the dilemma presented. 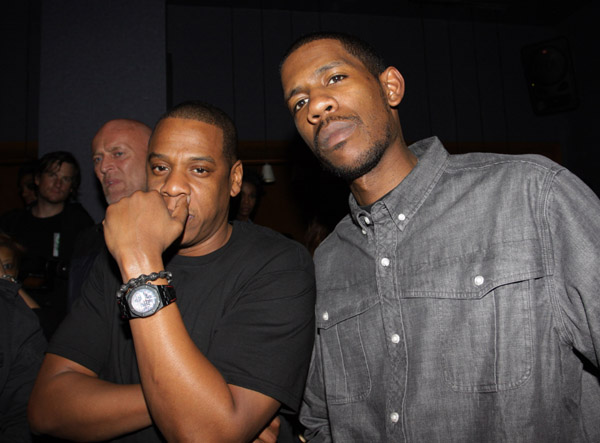 Whether is indeed this persona called “Young Guru” or it was the author of this WordPress blog site who “called for getting these two on a CALL to get much needed ANSWERS to the dilemma presented.”, that statement smacks of cowardice and sweep under the rug.

Finally, someone STATUS has the strength to confront his artform against the over-promoted, politically devoid, the spiritually bankrupt, and capitalist aspiring to evil like (David) Rockefeller or Warren Buffet. The formerly knows as MOS-DEF, has enough talent and artform to call out directly what is really a minstrel show.

Now to be sure, there are hundreds of brothers and sisters in the hood who are whatever on how Jay Z or Kanye West project. The street doesn’t respect them or even care. MEDIA magnifies their importance where in reality they aren’t. But those who are STATUS and those like this WP site who STATUS-CHASE can ignore the MASSES. But when another artist who has his own STATUS puts to MEDIA the same thoughts of the community… then STATUS-CHASERS like it seems this persona Young Guru is wants to jump up and respond.. where the cowardice of the STATUS boys Kanye West or Jay-Z allows them to not respond on their own.

So to protect the EMBARRASSMENT of being called out in a way that the MASSES ALREADY KNOW about the “Niggaz in Paris” crew… they wanna talk to Yasiin Bey in private. For what? For their symbol laden diatribe to be broadcast in the communities unchallenged?

Yasiin Bey, we ask you who once did acting videos for Sallie Mae, to be open to repeating back to the MASSES of the community ANY CONVERSATION that any pro-Paris Niggaz want to talk to you about. Don’t let anyone make this private. It’s not. It’s the first in challenging this Igor Cohen financed corruption of an artform that once connected with a spirit of the people but only connect to excesses of marketing banality.

(P.S. to understand why we wrote this response, visit the web site linked to my name. No one is above challenge.)

I feel Guru, in a society, such as western civilization where dichotomy, and anti dialectical synthesis is the way of life, balance is key. It keeps us in check, and eradicates any room for judgement, and I can appreciate the fact that Jay has given Guru a job, and Jay has a foundation that sends young brothers & sisters to college, and Kanye has an foundation. But Guru spoke of balance, and I agree, balance is needed, but at the same time the image that Jay-z has perpetuated over the last 16 years has been one of misogyny, and a life style that has been detrimental to the development of our young brothers, which has contributed greatly to the prison industrial complex, not to mention consumerism, which is a bi-product of capitalism. Therefore giving you a gig Guru, and sending a few brothers and sisters to college does not balance out the negative effects (of this image he has perpetuated) he has had on young brothers, which has contributed to mass incarceration and death that so many brothers have succumb to, trying to follow/chase the life/lifestyle that Jay has always perpetuated.

Please don’t get this mistaken. I have been rocking with Jay since Reasonable Doubt, but I am also clear, due to personal experience with myself and comrades that brothers have met their demise either physical, mentally, or spiritually chasing the image and lifestyles that Jay has put our there for us all to envy and inspire for.

Granted as much as I love Hip Hop. Hip Hop artist have never held themselves accountable for the image they have put out there, and I am more then aware that the main reason is because we don’t own the four major distribution companies, which pigeonhole MCs to put out a certain type of music/image, but at the same time sacrifice is the key word. I am sure Mos has sacrificed a chance to generate a lot of paper due to the position he has chose to take as a MC, and if this negative image is how you can get this paper. Do you, but at the same time use your celebrity and influence to create a real balance. We have to hold MCs accountable, but I wont hold my breath. For not holding yourself accountable for the things you do is the American way.

My mistake. I entered an old email address.

Please take a look at this Al-Jazeera video about multiculturalism in (Paris) Europe. The current president of France says that there are “too many niggas in Paris”. Have we forgotten that the REAL niggas in Paris were uprising in 2005?

Let’s stop looking towards the false Thrones and get some intelligence. This whole debate about materialism as empowement-identification-politics is a travesty to our culture, to our heritage, and to our future.