Editorial: Do we have the wherewithal to respond to injustice? 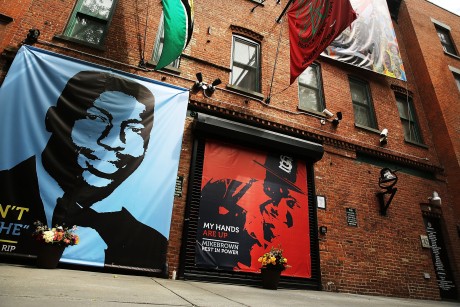 Up the street from Drew Hall lies the closest source of “food”, a Chinese carry-out named Howard China. One night, while broke and starving as we often were freshman year, a couple friends and I ventured up the block to this incredible oddity where they served gigantic fried chicken wings over fries, all smothered with an, at the time, unfamiliar hot and sweet red sauce. It was absolutely delicious and even better it was CHEAP.

After we placed our orders and of course paid in advance (ref: hood rules), another young customer who presumably lived in the neighborhood walked in to pick up his meal. Whatever the issue was, he was unhappy with the service or his meal and a conflict began between he and the woman working the register, in which they yelled at each other through the dozen holes or so drilled through the bullet proof glass. The shouting match ended with the customer storming out with his food, and the cashier yelling…

“Nigger, you’ll be back TOMORROW!”

I know she wasn’t talking to me, but I heard her message loud and clear. She believed that because her business provided a necessary service that it didn’t matter how she treated people. She also believed that her value was higher than the that of the people she served.

She was wrong on two counts, about me and my boys at least: 1 – we weren’t niggers, and 2 – we would NEVER be back.

This all comes to mind again today, more than 20 years later, as America responds to the deaths of American citizens at the hands of police with no inditement (Eric Garner, Mike Brown, Sean Bell…) What will be the SUSTAINED response of the people? Do we have the wherewithal and patience to affect change?

Will we go back?

5 responses to “Editorial: Do we have the wherewithal to respond to injustice?”