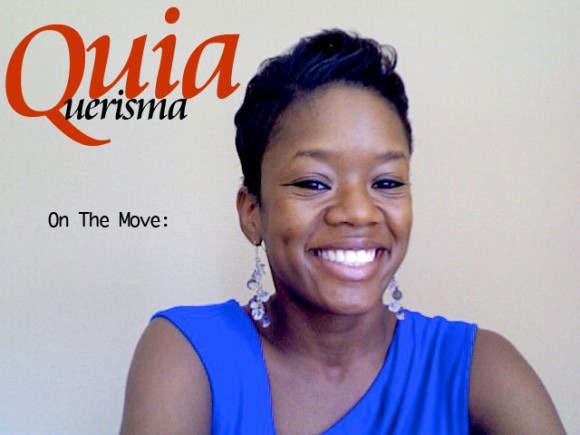 The reason you are reading about me is…I’m the managing editor of SoulTrain.com (yes, that Soul Train) and I’m staying true to the show’s legacy of showing love to up and coming talent–whether you’re an artist or a journalist. We’ve run interviews with performers ranging from Arrested Development to Joonie to Rhian Benson and if you’ve got the talent, we want to talk to you, too.

Right now I’m working on…The holiday and year-end features for SoulTrain.com. We have lots of great content lined up that will get you into the holiday mood. We’re also going to look back at the defining moments of 2010 in music and pop culture.

But if I wasn’t, I’d be… At Barneys and Nordstrom trying on shoes and writing about them. I’ve been a style writer for some years now and even though my focus is entertainment these days, fashion is often on my mind.

I can’t stand when people… Don’t follow instructions. I posted a call for editorial pitches on a website that clearly explained what we were looking for as well as how to apply. I got a slew of emails from people who obviously didn’t read the entire posting.

But I love it when people… Take initiative. It’s a daily operation to track down new talent, but I’ve had a few publicists who were persistent about getting my attention about their artist. Whether it was through Twitter or email, they made sure I took note–and guess what, their artists got featured.

One thing I do every day is… Make time to have conversations with my children about their day and tell them that I love them. Work can be incredibly busy and compound that with being a single parent and it’s a serious challenge. But you’ve got to make time.

If you happen to run into me in the street… Say hello and if you want to work with me/Soul Train ask for my card. I’m always looking for new talent to feature in the Sound Check series, as well as writers with fresh and creative ideas.

The Best piece of advice I ever received was… Failure is not an option. That was what my mother told me when I was 20 years old and gave birth to my first child. I was young and clueless and wasn’t as conscientious as I should be. She pulled me aside and told me I’d better give my child the best life possible. No excuses.

If I had to coin it, my message would be… Know what you want, and be prepared for when it happens. There’s nothing worse than being presented with a golden opportunity and being unprepared to take advantage of it.

My future plans and projects include… Accumulating more passport stamps, taking the kids to the White House–it’s imperative that they go during the Obama administration, and just coming up with more ways to turn my interests into income.

Big Ups to… Alumni RoundUp of course, the Reach Media Divas, my friends and colleagues at Soul Train, my fellow Glamour Magazine Glambassadors, and the African American Alumni Associates at Southern Methodist University. 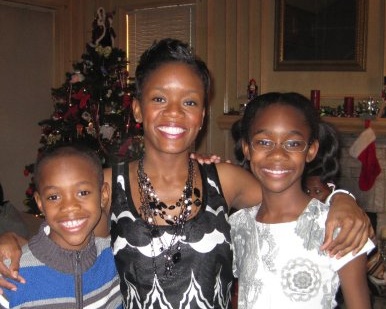 Click here to let Quia know you checked her out @querismatic
…
Quia Querisma is a native of Queens Village, New York who relocated with her family to Dallas, Texas in 1994. She attended Southern Methodist University where she studied creative writing and journalism, obtaining a Bachelor of Arts in English in 2004. While enrolled as a full-time student Querisma was raising two young children, yet managed to juggle parenthood, studies, internships, and a part-time job. It was a moment of pride when her daughter and son, aged 3 and 5 at the time, were in attendance at her graduation. During undergrad her writing career began to take shape as the entertainment editor at the school newspaper, The Daily Campus.

Since 2002 she has worked as a contributor to outlets including AllHipHop.com, BET.com, Dallas Morning News, Dallas Observer, and Examiner.com. A self-taught “internet athlete” Querisma first merged her love of entertainment and new media during a one-year internship at Radio One Dallas as the webmaster. She later joined BlackAmericaWeb.com, the online home of the Tom Joyner Morning Show, as a marketing specialist. From there, a series of opportunities in interactive marketing and communications placed her at global corporations including McAfee, Inc. and Bombardier.

Currently, she is self-employed at the helm of Supreme Media Group, LLC where she counts SoulTrain.com, NFL player Tarell Brown, and technology start-up WhichBox Media as clients. She describes her life as a series of surprises, obstacles and unexpected opportunities but wouldn’t change a single element because they’ve helped her become the entrepreneur she is today.

0 replies on “Writer Quia Querisma is on the Move”