Will “Power” Packer is On the Move 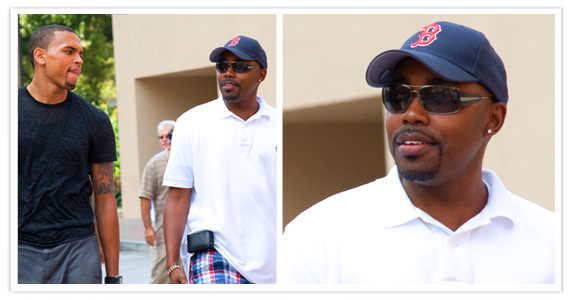 My Name is… WILL PACKER

and I attended… Florida A&M University!

The reason you are reading about me is… I’m a proud single dad and self made entrepreneur who happens to produce a movie every now and then.


Right now I’m working on… Post-production of “Stomp the Yard 2”, marketing on “Takers” and development of several other films.

But if I wasn’t, I’d be… DJing at somebody’s radio station, block party or strip club.

One thing I do every day is… Thank God for my life adn show appreciation by living it to it’s fullest.

I can’t stand when people… Create excuses for why they can’t / aren’t living their dreams.

But I love it when people… Unashamedly go after their dreams with dogged determination.

If you happen to run into me in the street… FOLLOW ME! I’m probably headed someplace extremely interesting. I’m playing, don’t follow me STALKER! Unless it’s on twitter…

The Best piece of advice I ever received was… Son, you can play now and pay later or pay now and play later – William Packer, Sr.

If I had to coin it, my message would be… You define and and create your own success. no one else. YOU!

My future plans and projects include… Continuing to master the intricacies and subtleties of Black Fatherhood. Producing more hit movies every now and then.

Producer Will Packer has officially taken the film industry by storm. Having produced two box office hits in one year has propelled him to the top of his game. In September of 2007, Daily Variety magazine was on the right track when they selected Packer as one of their “10 Producers to Watch.” Packer states, “Receiving this honor was great validation for my burgeoning work in Hollywood. As the only African-American honored on this list, I accept the tremendous responsibility that this represents to make movies that matter as well as have commercial appeal. I look forward to continuing to promote imagery that has not traditionally been pushed by mainstream Hollywood.”

Packer and Hardy were honored by Black Enterprise as one of the “Top 25 Money Makers in Hollywood.” Other honorees included Oprah Winfrey, Will Smith, Eddie Murphy, Denzel Washington, Queen Latifah, Chris Tucker and Tyler Perry to name a few.

20 responses to “Will “Power” Packer is On the Move”