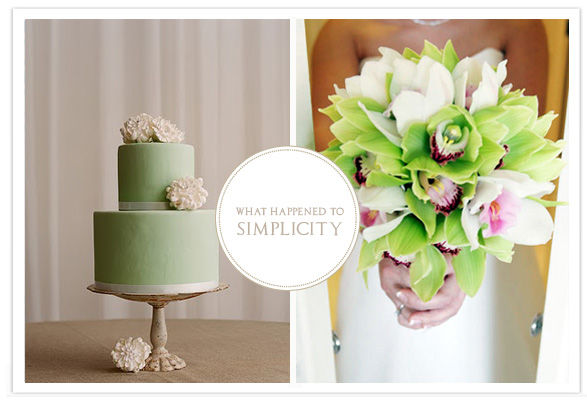 With all of the wedding websites, blogs, reality shows and movies coming out these days, I HAD to talk about it, or shall I say blog about it.  I am so over it! I can understand wanting to have a great time on your wedding day, but a good time has gone from a nice dress with a cake and a smile to $500,000 sometimes million dollar wedding bonanzas! Couples aren’t just jumping the broom and saying their “I do’s” anymore, it almost seems like it has become a game as to who can spend the most money and come up with the most outrageous requests!

Case a point, look at this damn wedding cake…really! It wasn’t enough that she had a cake her own size, it had to look like her and wear the same damn dress!? 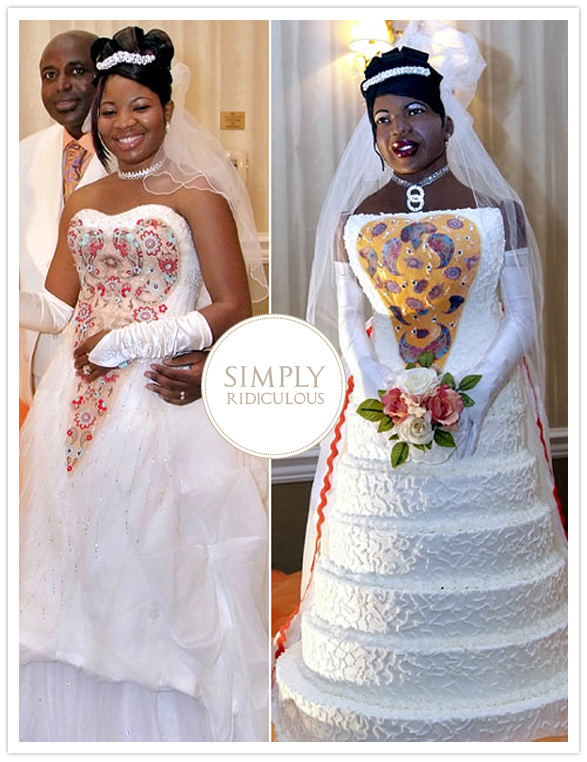 This was a “life-size” cake made in her own image standing at over 5ft tall, made up of butterscotch and polymer clay and was an exact replica of the bride in her wedding dress. Its not the amount of money or the distance at which one will go to impress those around them that makes a marriage!

Another case and point, Tiger and Elin’s reported $1.5 million dollar wedding extravaganza. Tiger reportedly went to great lengths to rent out the island’s helicopter and every room in the hotel where they were married to insure complete privacy. 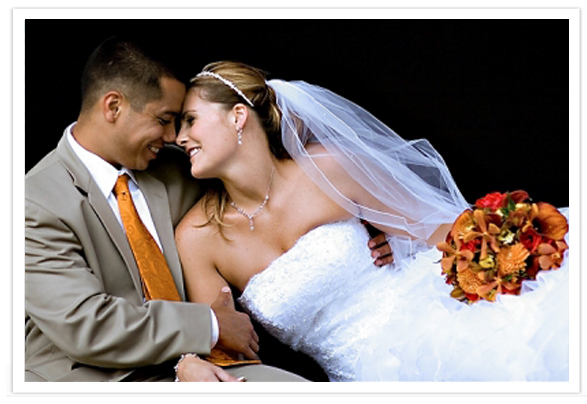 Great wedding picture, top of the line wedding budget…and look at the marriage now. Im not making fun of the couple, (cause that would just be in poor taste) but I do think it is a perfect example of how the wedding day and the money you spend on it has nothing to do with the marriage itself.

I think it is important to stress to my daughter that a happy marriage will not be based on the dress that she picks out, or the money she spends on it. Nor will it be about how tall the cake is or is not, what color the brides maids wear, what shoes she picks out, the names on the napkins, the choice of party favors, the venue she chooses or the food that they eat. It will simply be about her and her partners ability to communicate, compromise and trust one another, all which only require a leap of faith and their ability to use their words, both of which are free. 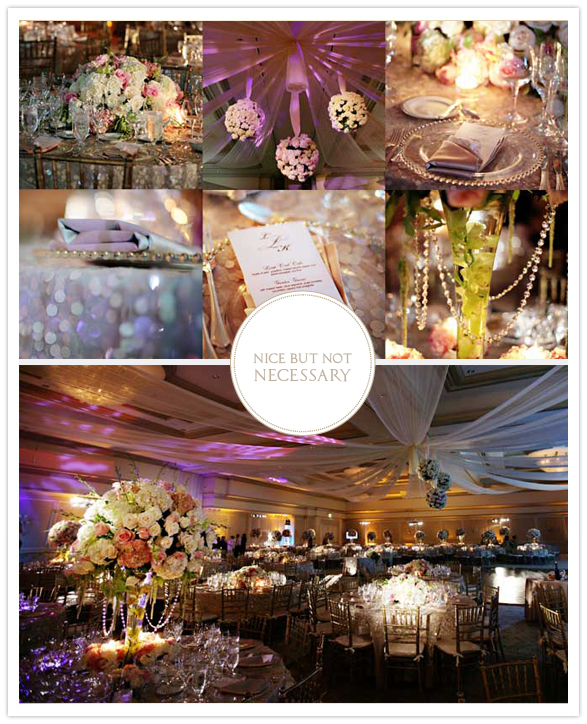 I got married on the beach with my man, our close friends and no shoes.  It was plain, simple and perfect. The best memory of my wedding was the image of the tracks of sand that my bare feet left on the carpet as I walked down the isle. I have a wedding ring, but dont wear it, I know Im married and so does he. For me it has always been the little things that made the biggest impressions on my life. And that is what I want my daughter to remember when it is her time. Its not about breaking the bank for the wedding day, but rather building a relationship that will endure a lifetime of highs and lows.

And if … or when you make it to your tenth anniversary, splurge on a nice celebration with those that have been with you throughout the years, and dont forget to take pictures.

0 replies on “All wedding day and no marriage”

wow.. *speechless* at the wedding cake.. *smh* Agree with your whole article!

I think the bride who decided to serve that confectionery monument to her narcissism at her wedding is one example of why so many marriages belie the ceremony.

And all of this in a time when over 50% of American marriages end in divorce?

Excellent advice on waiting 10 years for the big celebration. At that point, both spouses, their families, and their friends have a decade of reasons to honor the wedded couple. (They also have 10 years worth of ammunition for the roasting that has to occur as well!)

Ridiculous! Neva seen such a sight! I agree totally!