When heading off to college, its not always easy to make friends, fit in and even feel comfortable in your own skin. Derek Ford, proud Fort Valley State University alum recalls some of his challenges during his Leaving Home story.

If you talk to many HBCU alum, they will reenact accounts of their parents being so happy to get them out of the house that as soon as they unloaded their bags, they began to cough from the burning rubber and exhaust fumes as their parents peeled away leaving them to experience EVERY part of their college experience by themselves.

Well, in this clip, you notice something a little different.

While stocking up for Kaiya’s freshman year, we ran into some parents of another incomming freshman who Kaiya’s parents met during the family orientation week that prior summer. They came equipped with lists of “College Necessities” to pick up for their daughter.

What was your experience like? Did you just get dropped off or were your parents/guardians buying cart-fuls of “necessities” for you?

Episode Two of “Leaving Home: An HBCU Story“ was all about First Impressions. Kaiya Watson, our entering freshman had visited NCAT before, but that moment when you actually walk in “your” room for the first time with all of your clothes and little trinkets to remind you of your room at home is priceless and unforgettable.

END_OF_DOCUMENT_TOKEN_TO_BE_REPLACED 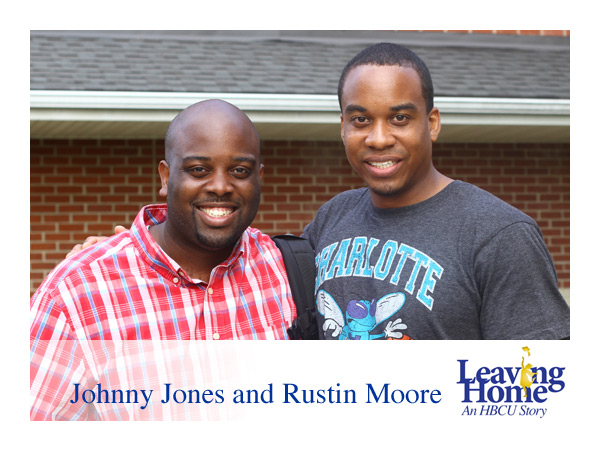 From the moment I volunteered to assist Rustin “Roundup Russy” Moore on his documentary, “Leaving Home: An HBCU Story”, I was excited and anticipating the joy of being a part of such a production. Documenting the first 48 hours of Kaiya Watson’s time on the campus of a historically Black university, which happened to be North Carolina Agricultural and Technical State University (referred to as “A&T” from here on…too long to write out every time!) in Greensboro, North Carolina.

“What an awesome production this is going to be!”

Fast forward to August 13th and I’m in Greensboro alongside Rustin and we’re beginning the project. I had a camera malfunction the first day I was part of the project so I had to find ways to make myself useful (carrying luggage into Kaiya’s room, offering lotion recommendations at Target…you know, the usual stuff), but the time was also spent just having so many memories flood back into my mind of my first day on campus at Howard University.

Much like my arrival at Howard University, I was just wowed by the aura of Black optimism that surrounded us. So many variations of the Black Diaspora along with students of other races and nationalities on one campus to cultivate greatness. So many individuals eager to conquer the world, even though hesitant about having to leave home to do so.

As we carried Kaiya things up the stairs to her dorm room, I remembered my seemingly never-ending trek up the stairs to Room 513 in Drew Hall, where some lonely looking guy from New Jersey was sitting in the room by himself.

Twelve years later and that guy, Brian Clarke, is still someone I consider my best friend – a brother gained through the journey of life…and seeing as I arrived wearing a plaid shirt and khaki shorts (above the knee, mind you) the feeling was mutual upon first glance.

I was surprised when Kaiya was disappointed in the appearance of her room. Compared to the accommodations afforded us in Drew Hall (no AC, schizophrenic elevator, rodents, cold tile floors, need I go on?), Aggie Suites were luxurious! I mean, they had a microwave AND a refrigerator in every room!

The atmosphere on A&T’s campus felt like a reunion of sorts. A connection to family that you never knew you had, but that has been waiting just for you. While many freshmen were arriving from from all over North Carolina as well as the DC-Maryland-Virgina (DMV) area which is a reasonable five hours away, I couldn’t help but empathize for Kaiya making a journey literally from the other side of the country. There are no easy weekend trips home or surprise visits from parents. I had empathy for her, but also saw a lot of strength in making such a decision, knowing that it will only make her stronger as a person once she completes the journey.

“What a great HBCU ambassador she will be once she graduates.”

I returned home to Durham later that evening, exhausted physically and mentally, but eager to return the next day to continue assisting in documenting Kaiya’s journey.

Just had to make a quick run to my camera shop to get a camera that worked.

Melissa Valle, Howard University Alum describes her experience at an HBCU campus and recalls the day she left home to attend college.