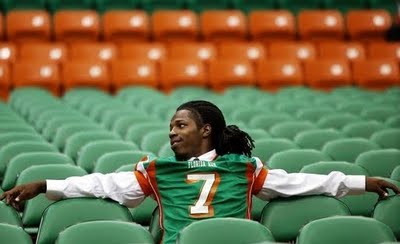 QB: Bryant Lee, Southern (6-3, 205, Sr., Boutte, LA) —A finalist for the Walter Payton Award, which is awarded to the top player in the FCS. Lee was named the 2009 SWAC Offensive Player of the Year after posting passing numbers: 158-of-250 (63 percent), 2,039 yards passing, 19 passing touchdowns and seven interceptions with 166 yards rushing and five touchdowns. Finished the 2009 season ranked 10th nationally in passing efficiency and 17th in total offense. Lee is the all-time passing leader at Southern with 7,654 yards. Had probably his best game of the season in a 34-24 win over Alabama State, where he threw for a season-high 384 yards and four touchdowns. Threw at least two touchdown passes in seven-of-nine games this season.

RB: LaMarcus Coker, Hampton ( 5-10, 195, Sr., Nashville, TN) —Began his college football career at the University of Tennessee where he contributed, including a 42-yard touchdown run in the 2006 Outback Bowl against Penn State. The Mid-Eastern Athletic Conference’s leading rusher totaled 1,027 rushing yards with six touchdowns. Participated in the East Coast Bowl, where he ran the 40 for scouts in 4.28. Also caught a 33-yard TD pass in the HBCU Bowl All-Star Game and finished with a game-high 82 yards receiving on three catches.

WR: Juamorris Stewart, Southern (6-3, 195, Sr., Baton Rouge, La) —Stewart led the SWAC with 81 catches for 1,028 yards and 11 touchdowns. This big, physical receiver, who was quarterback Bryant Lee’s favorite target, finished his distinguished career at Southern as the school’s all-time leader with 201 receptions for 2,668 career receiving yards and 25 touchdowns. The FCS All-American has been chosen to play in the fourth annual Texas vs. the Nation all-star challenge football game.

DL: Junior Galette, Stillman (6-2, 255, Sr., Spring Valley, N.Y) —A defensive end and NFL outside linebacker candidate, Galette transferred from Temple for his senior season at Stillman. A high-motor player, Galette led the SIAC with 9.5 sacks and also ranked third in conference for tackles for losses (17.5 for minus 100 yards). In just nine games, he recorded 56 tackles including 37 solo stops. Also had 12 quarterback hurries and three forced fumbles plus blocked a field goal. Galette is clearly on the pros radar as he was recently timed at 4.63 in the forty and has been invited to the 2010 NFL Combine.

DL: Marcus Crump, St. Augustine’s, (6-6, 240, Sr., Pittsboro, N.C) —A lanky high energy pass rusher that reminds me of a young Jason Taylor. Crump ended the 2009 season finishing secondin the CIAA in sacks (10) and 3rd in tackles for loss (15). The All-CIAA defensive end also ranked in the FCS in those respective categories—seventh in sacks and 25th in tackles for loss.

LB: George Howard, Morgan State (6-1, 245, Sr., Chesapeake, Va.) —A tough inside linebacker that has a nose for the ball. Howard, an All MEAC first teamer, led the conference with 130 tackles (73 solo and 57 assisted) and also contributed 1 sack.

LB: Adrian Hardy, Alabama State (6-2, 197, Sr., Selma, Ala.) — This outstanding senior linebacker finished with 104 tackles this season to lead the SWAC. Also led the league with 9.5 stops per game and ranked him 34th in the FCS. Posted five double-digit tackle performances this season including a career best 17 tackles against Tuskegee. The strong pro prospect also contributed 10.5 tackles for loss, three sacks and a team-best five interceptions in 2009.

LB: Brandon Peguese, Hampton (6-1, 235, Jr., Greensboro, NC) —This high-energy junior outside linebacker and transfer from South Florida led the MEAC in sacks (7.5) and tackles for loss (16).

DB: Anthony Beck, Prairie View A&M, (5-11, 175, Sr., Channelview, Tex.) —A four-year starter at safety, Beck capped off an impressive career at Prairie View by leading his team to their first ever league championship. Produced three interceptions and 48 tackles in 2009. The Houston native holds the school record for interceptions returned for touchdowns (3) in addition to picking off 11 passes for his career. Also was named All-SWAC for the second straight season and participated in the inaugural HBCU Bowl all-star game.

DB: Quintez Smith, Shaw, (6-1, 195, Sr., Dublin, Ga.) —Was named as a NCAA Division II All-American after producing nine interceptions which led the football division and tied the all-time DII record—returned four interceptions for touchdowns. Finished the season with 49 tackles and scored two other touchdowns on fumble returns. Also had a very good performance in the East Coast bowl.

DB: Jason House, Southern, (6-0, 190, R-Jr., Laurel, Miss) —Named as a third team All-American and All-SWAC, this sticky fingered safety led the SWAC and NCAA (FCS) with 10 interceptions and 230 yards in returns in 2009. This gifted track athlete and wide receiver turned defensive back also return one of his picks for a touchdown.

DB: T.J. McCord, Grambling (6-1, 195, Sr., Mobile, AL) —A tough free safety who is good in coverage and will also come-up to lay the lumber. McCord produced numbers of 52 tackles, 3.5 tackles for loss, two interceptions (returned one for a touchdown), eight pass break-ups, and one fumble recovery.

PK: Ari Johnson, Grambling State, (5-11, 180, Fr., Corona, Calif.) —Only a freshman, Johnson led the SWAC and all of HBCU football by scoring an amazing 90 points. The GSU strong-legged kicker made 18 for 23 field goals attempted and converted 36 extra points plus had 46.0 yards per punt average.

KR: LeRoy Vann, Florida A&M (5-9, 179, Sr., Tampa, Fl) —This hard-to-believe former walk-on was arguably the most explosive player in all of college football (FCS or BCS). Vann, who was featured in Sports Illustrated and ESPN’s SportsCenter, finished his college career as the FCS record holder for career returns for scores (11th overall with eight punts and three kickoffs). The speedster, who many are comparing with Bears former Pro Bowl player Devin Hester, had six return touchdowns (three punts and three kickoffs) this season. And finished with eye-popping numbers: 28 punts for 462 yards (16.5-yard average) and three touchdowns plus 38 kickoffs for 1,121 yards (29.5-yard average) and three touchdowns. Vann—First team All-American selection in FCS—finished his stellar college career as the fifth player in FCS history to record over 1,000 yards on both kickoff and punt returns. He also impressed scouts by being named the MVP of the inaugural HBCU Bowl all-star game after returning a punt 81 yards for a touchdown. Vann recently said of his stellar play for a smaller player, “I wasn’t the average size they were looking for. But I think it’s more than size. You’ve got to have no fear. You’ve got to play with heart.”