In 1867, two years after the Civil War ended, Augusta Institute was established in the basement of Springfield Baptist Church in Augusta, Ga. Founded in 1787, Springfield Baptist is the oldest independent African American church in the United States. The school’s primary purpose was to prepare black men for the ministry and teaching. Today, Augusta Institute is Morehouse College, which is located on a 66-acre campus in Atlanta and enjoys an international reputation for producing leaders who have influenced national and world history. 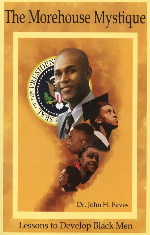 A new era, characterized by expanded academic offerings and increased physical facilities, dawned with the appointment of Dr. John Hope as the fourth president in 1906. A pioneer in the field of education and civil rights, he was the College’s first African American president. Hope, a Phi Beta Kappa graduate of Brown University, encouraged an intellectual climate comparable to what he had known at his alma mater and openly challenged Booker T. Washington’s view that education for African Americans should emphasize vocational and agricultural skills.

Atlanta Baptist College, already a leader in preparing African Americans for teaching and the ministry, expanded its curriculum and established the tradition of educating leaders for all areas of American life. In addition to attracting a large number of talented faculty and administrators, Hope contributed much to the institution we know today. Upon the death of the founder in 1913, Atlanta Baptist College was named Morehouse College in honor of Henry L. Morehouse, the corresponding secretary of the Northern Baptist Home Mission Society.

In December 2001, Christopher Elders, class of 2002, became Morehouse’s second Rhodes Scholar. In the fall of 2003, Oluwabusayo “Tope” Folarin, class of 2004, was named the College’s third Rhodes Scholar. Also in 2003, The Wall Street Journal named Morehouse one of the top 50 most successful schools across the nation when it comes to sending students to well-known, well-respected graduate and professional schools. In 2004, Black Enterprise magazine ranked Morehouse College the No. 1 college in the nation for educating African American students for the third consecutive term.

On February 14, 2003, Morehouse launched the public phase of The Campaign for a New Century, the most ambitious campaign in the history of the College. When the Campaign culminated in June 2006, the College exceeded its $105-million goal, raising $118 million. Also in June 2006, Morehouse received the coveted collection of personal papers of alumnus Dr. Martin Luther King Jr., which includes more than 7,000 handwritten notes, letters and sermons.

As Morehouse celebrates 142 years of challenge and change, the College continues to deliver an exceptional educational experience that today meets the intellectual, moral and social needs of students representing more than 40 states and 18 countries—a distinguished institution dedicated, as always, to producing outstanding men and extraordinary leaders to serve humanity with a spiritual consciousness.

One response to “[Black History] A Brief History of Morehouse College”