The Goulds, Fla. native graduated from FAMU in 1959 as the top academic Army ROTC scholar and served his alma mater for two consecutive terms as president of the National Alumni Association from 2004 until Dec 31, 2009.

Under his leadership, the association fundraised more than $750,000 for the university, the Marching 100 and established the first FAMU-NAA endowed scholarship.

“He aligned himself with the strategic mission and goals of the university and was passionate about helping us to meet those goals,” said President James H. Ammons.

“In my eight years as a college president, I have not worked with a more dedicated and supportive national president,” Ammons said.

“He served as president during one of the most turbulent periods in FAMU’s history and will be remembered for mobilizing alumni to help restore FAMU’s legacy and reputation.”

Carmen Cummings Martin, executive director of alumni affairs, said Bryant will be missed and reflects on his rich legacy.

“He loved FAMU. He helped other struggling students go to college,” said Cummings. “He constantly gave of his time, talent and treasure.”

“He rallied alum and led them towards the goal of supporting Florida A&M. That was the way he conducted himself. He reinforced our academic mission,” said Cummings.

Aside from his work at FAMU Bryant served as a Major General of the United States Army and a board certified surgeon known for addressing many issues significant to the African-American community.

He also worked as a surgeon after earning a medical degree from Howard University. Last year, the city of Hampton, Va. honored his military efforts and made Veterans Day Alvin J. Bryant Day.

Bryant is survived by his wife, Sandra Bryant, seven children and fourteen grandchildren.

The wake and memorial services will be held at the Second Baptist Church East End, 3307 Chestnut Avenue, Newport News, Va. The service will begin at 6 p.m., Friday, Feb. 12. 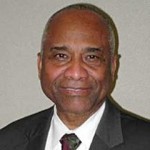