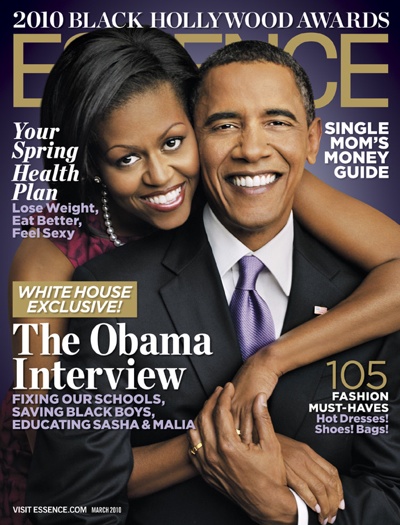 President Barack Obama and First Lady Michelle are covering Essence mag yet again. In the upcoming March issue, they spoke to the mag about education and how they deal with educating First Daughters Sasha and Malia:

“Malia will tell you, my attitude was, if she came home with a B, that’s not good enough because there’s no reason why she can’t get an ‘A’…”
—President Barack Obama
According to the press release:

ESSENCE kicks off the first of its three-part education series, Teaching Our Children, with a White House exclusive—an interview with President Barack Obama. In his first interview of 2010, he talks tough with ESSENCE editor-in-chief Angela
Burt-Murray, Deputy Editor Tatsha Robertson and Washington Correspondent Cynthia Gordy about holding teachers accountable, closing the education gap between Black and White students, how he and First Lady Michelle Obama encourage daughters Malia and Sasha to love learning, and how you can do the same with your own children.

0 responses to “The Obamas Cover Essence Magazine in March”