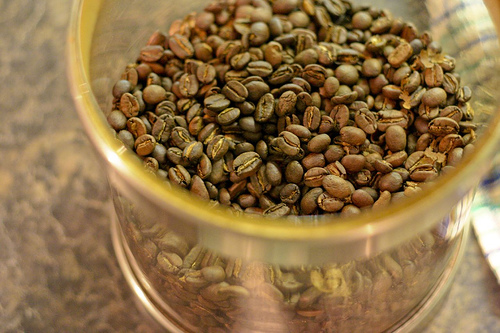 More than 1,000 years ago, a goat herder in Ethiopia’s south-western highlands plucked a few red berries from some young green trees growing there in the forest and tasted them. He liked the flavor and the feel-good effect that followed. Today those same berries, dried, roasted and ground, have become the world’s second most popular non-alcoholic beverage after tea. The Ethiopian province where they first blossomed is called Kaffa, hence the name coffee. 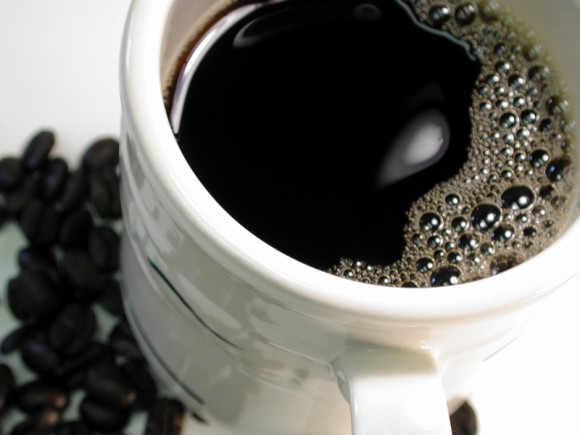 An Abyssinian goat herder, who lived around AD 850 observed his goats behaving in abnormally exuberant manner, skipping, rearing on their hind legs and bleating loudly. He noticed they were eating the bright red berries that grew on the green bushes nearby.

Kaldi tried a few himself, and soon felt a novel sense of elation. He filled his pockets with the berries and ran home to announce his discovery to his wife. “They are heaven-sent,” she declared. “You must take them to the Monks in the monastery.” Kaldi presented the chief Monk with a handful of berries and related his discovery of their miraculous effect. “Devil’s work!” exclaimed the monk, and hurled the berries in the fire.

Within minutes the monastery filled with the heavenly aroma of roasting beans, and the other monks gathered to investigate. The beans were raked from the fire and crushed to extinguish the embers. The Monk ordered the grains to be placed in the ewer and covered with hot water to preserve their goodness. That night the monks sat up drinking the rich and fragrant brew, and from that day vowed they would drink it daily to keep them awake during their long, nocturnal devotions. 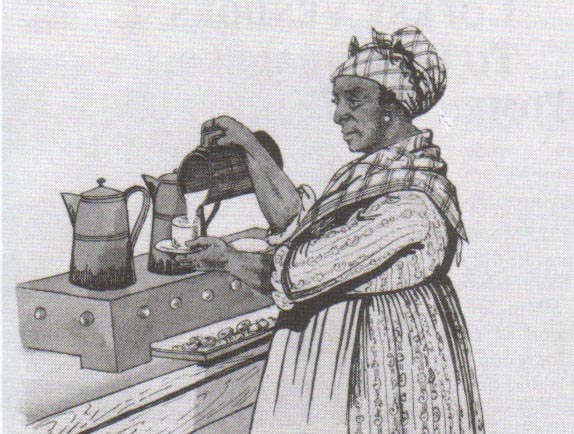 In the early 1800’s Rose Nicaud bought her freedom and opened New Orleans first coffee house. She saw the need of people; going to market or to Mass at the cathedral, for a cup of fresh, hot coffee along the way. She set up a portable stand and became an immediate success. Soon, there were a lot of small, portable coffee stands, each offering a different brew and each managed by a free woman of color.

Today nearly 80% of Americans drink coffee, and more than half of the population drinks it every day. The National Coffee Association of U.S.A. (NCA) estimates that retail sales are $19.2 billion. Your welcome America! 🙂