It was all a dream, I used to read Word up! Magazine…

I could finish the line but fan of Biggie or not, you likely know the lyrics.

Juicy, Big Poppa, Get Money, and a ton of other memorized but not regularly accessed sound-bytes have been playing over and over in my head all day. Thanks to Sprite Green, friends at Fox Searchlight Films, and 21hustle.com I was invited to check out the Premier of “Notorious” last night at New York City’s Lincoln Theater.

The theater was a virtual who’s who in Black entertainment;

you name them they were probably there. This wasn’t your typical caste system, social tiered affair however. This felt like a family reunion, where you see all your aunts and uncles, and then grab a plate and sit with your crazy cousins while they play a family slide show. Looking at old pictures of your mom looking fly or when she was pregnant with you, you share laughs, crack jokes, and reminisce.

The point, I guess, is that the producers of the film pulled it off (Read: “We did it Brooklyn!”). If this movie could be measured on its reflection of the life and experiences of Christopher Wallace it is a success. The people in the theater were in fact a loose knit family, and the images on the screen were photos from a time that we partied the best, or had early successes in our endeavors, and the music was the soundtrack for a great time in our lives. 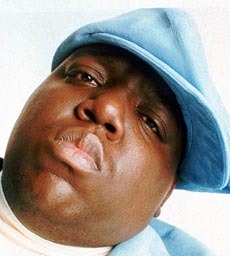 I will admit I was skeptical. Having seen the real shows and felt the real energy, how could anything man made compare. It’s exactly how I felt about Ali, the movie starring Will Smith. I am such a huge fan of Muhammad Ali that I have tons of photos and complete fight videos at my home. Now I like Will Smith, but not one single frame of that film is more entertaining, emotive, thought provoking, or engaging than watching the real deal. Like Ali, Biggie was well documented. There are reels and reels of footage of Big walking, talking, telling stories, etc all available online. It would take a lot to compare.

In the case of Notorious, that lot came in the combination of masterful casting, wardrobe, and of course the appropriate use of music. There were 4 noteworthy characterizations that made this movie work. To start it off Angela Bassett, though I thought it to be a lofty choice initially (ala Blair Underwood playing Russell Simmons in Krush Groove), portrayed a convincing, lovable, motherly, Voletta Wallace including the accent. Next, the actresses who played Kim and Faith were perfect for the parts. This isn’t plastic surgery, Donatell Versace hanging Kim. This was just out the box Pre-Benjamin’s (“whuh whuh”) Kim, and it was done well. The last and most important of the big performances was the ‘BIG’ performance. Jamal “Gravy” Woolard’s portrayal of Biggie was on point. I would compare the accuracy of his portrayal (not to be confused with the acting) to Denzel Washington’s portrayal of Malcolm X. Again so you don’t think I said this guys acting is on Denzel’s level here is what I mean. By 2/3 into this movie you may find yourself dropping your minds guard in the suspended belief that you are watching Biggie on screen. He’s got everything down but ‘the eye’.

Of the lesser performances, I felt Derek Luke didn’t capture the essence of Puffy. He had the words, and the message, but his attempts at moving with Puff-like animation seemed contrived and cerebral. Also the casting of ‘Lil Cease was a miss. Seeking an actor with baby face charm, an actor was cast who appeared too young to play the role to the point where it was a distraction. 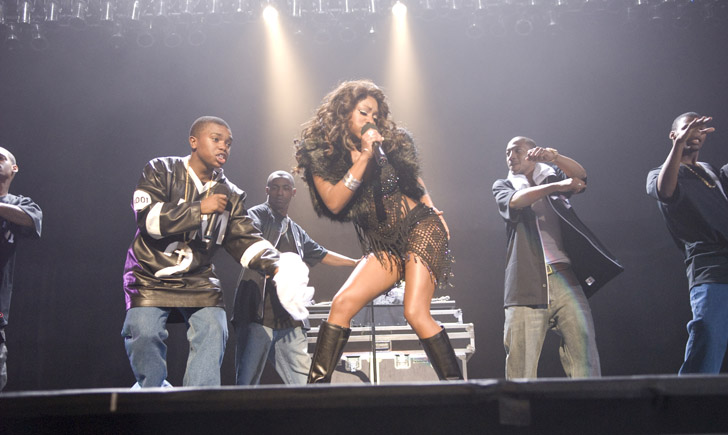 The film made some cry, and there were laugh out loud moments. Overall I enjoyed watching the recap of something that we were all somehow invested in 15 years ago. This strength is also my concern as a potential weakness of the film. Everyone in that room had invested emotions, memories, and experiences in the story and with the characters. The fact that we all enjoyed the film at least means it was authentic. It will be interested to see how the film performs in the general market especially so many years after Biggie and Pac songs played every hour on every urban radio station.

See the film to support your peers making films and be sure to leave the kids with the babysitter. Be sure to go to a theater with great a sound system.

In my rating scale, its a theater matinee for Hip Hop lovers. I’d love to hear what you think.

“…and I’m Brooklyn’s finest, you rewind this…”

-Be Moore’s behind this 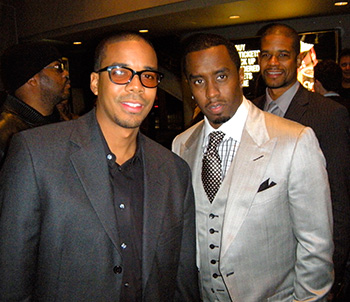