I’ve decided that I’m not going to bore you with long detailed recollections of scenes, bashing of the 2003 film, or techno babble about the effects.

Instead let me tell you how I felt just after I walked out of the theater after seeing Marvel’s Super-Movie Reboot “The Incredible Hulk” on the 9:45AM show on release day. I felt like doing 1000 push-ups, painting myself green and running around my neighborhood barefoot!

The movie is the bomb and I’m going to keep it short and sweet by giving you a brief list of reasons why: 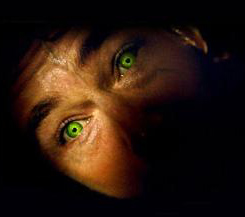 That bonus fans are looking for is just BEFORE the credits! No need to hang around.

Since the review was quick, leave NOW and head to the theater to catch the BIG fun. I’m headed out for my 3rd lap around the block.

0 responses to “The Incredible Hulk”