“You just don’t like her because you’re old”, is what the 14 year-old told me as we were debating the quality of Nicki Minaj’s music. Me? Old? I can still beat-box, pop-lock and recite every line of The Message, Sucka MCs, and Paper Thin. So maybe I am old, but that doesn’t mean I’m wrong. This heated debate was sparked after said 14 year-old spent her King Holiday downloading Nicki Minaj’s music to my network, eventually crashing my computer. Furious, I told my niece that I would have gladly purchased the CD for her, to which she arrogantly replied, “she doesn’t do CDs, just mixtapes”. Maybe it is because I am “old”, but I cram to understand how any artist has this cult following without even attempting to produce a full album, or even a solo song (at the time of debate). I decided to listen to this “cutting edge musician” but after only a few lines, I was quite honestly mortified, for many reasons. Having grown up listening to MC Lyte, Queen Latifah, Salt-n-Pepa and other females during Hip Hop’s Glory Days, I did not realize that the respected rap queen du jour had fallen to such depths of novelty lyrics and sexploitation. My next questions were HOW, WHEN and WHY did this happen.

Hip-Hop Birthed From a Woman… In A Way

In the late 70s, not long after DJ Kool Herc began to move the crowd in the Bronx, the first female rap group was formed. Although the Mercedes Ladies never had a record deal, their party-rocking undoubtedly paved the way for other femcees. Sylvia Robinson, the co-founder of Sugar Hill Records, assembled the Sugar Hill Gang (Rapper’s Delight), consisting of young men from the neighborhood, who were not a gang or even a crew prior to her bringing them together. She later signed Sha-Rock of the Funky Four + One (That’s The Joint) and The Sequence (Funk You Up). Sha-Rock was not regarded as a sex-object, but rather considered an equal member of her otherwise all-male group- similar to Lauryn Hill the Fugee, years later. A Philadelphia DJ known as ‘Lady B’ began spinning hip-hop records on WHAT 1340 AM; furthering hip-hop’s expansion outside of New York. Later that year, she also became one of hip-hop’s first female artists when she released To the Beat Y’all. These women often emulated the simple style, syntax and content of their male counterparts. They confidently spoke of their zodiac signs, beauty, rhyming skill and material acquisitions, over disco beats. They had an immediate impact on R&B’s Blondie (Rapture) and Rick James protégé, Teena Marie (Square Biz). Their classic lines and beats have been sampled by many hip-hop artists over the years. 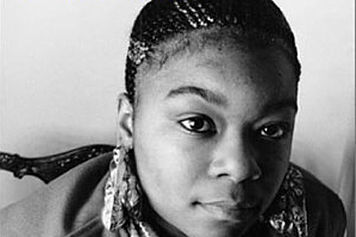 After this fun and funky beginning, female emcees had to fight to get noticed in hip-hop. As verbal turf wars were breaking out in nearly every borough of New York, a precocious Roxanne Shante’ burst on the scene, with a slick freestyle, “Roxanne’s Revenge”, as a major joint in the ubiquitous Roxanne Wars. As a respected member of the Juice Crew, she was considered a lyrical phenom, with a gift for battling, who was more than just a pretty face- as The Real Roxanne was eventually regarded. Sparky D also joined dozens of other emcees and emcee wannabes with an answer for Roxanne, calling Shante’s voice “wacky and cracky”. Later, following the battle model, two co-workers, Cheryl James and Sandra Denton garnered attention, by responding to Doug E. Fresh’s instant classic The Show with The Showstopper. They became Salt-n-Pepa, one of the most well-known and respected hip-hop groups of all time. Over the years, their songs have addressed lyrical skill, independence, love, faith, infidelity, and AIDS. After breaking down doors for women in hip-hop, they have outlasted the other female groups who they inspired. Anquette’s song, Janet Reno, warning men against not paying child support was not lyrically complex, but was much more meaningful than anything that JJ Fad (Supersonic), L’Trimm (Cars That Go Boom!) or Oaktown 3.5.7. (Yeah, Yeah, Yeah) released. Another group in this era is the underappreciated Finesse & Synquis (“Soul Sisters”), who should have had a longer career and greater notoriety.

Although sex appeal was an important component of all of these groups, their power was in being pursued, rather than being exploited or conquered.