My Name is… Brandon Broussard

The reason you are reading about me is… because I created the next great “zeitgeist-Monday-morning-water-cooler-skuttle butt-did you see that sh$%!” sketch show. In my mind, there was SNL then In Living Color then The Chappelle show. Purple Stuff TV is an -edgy, at times raunchy, take no prisoners- sketch show that picks up where Chappelle Show left off. There has been a clear void in sketch shows on TV. We all remember the impact that In Living Color and Chappelle had on our lives. Purple Stuff TV will have that same kind of impact.

Why else would you know me… If you went to Howard in the late 90’s you would know me for throwing the Southern Player’s Balls. I’m most known for creating Ba-Rack the Vote, a t-shirt company/campaign that did over a million in sales in 10 months during President Obama’s campaign. You might have seen my name in the credits as a writer on Tyler Perry’s House of Payne and most recently, you saw me on Bravo’s Milionaire Matchmaker.

Right now I’m working on… my sketch show Purple Stuff TV which you can see on www.PurpleStuffTV.com I’m also working on our Ba-Rack the Vote line for 2012. Sick.

But if I wasn’t, I’d be… On the beach in Panama taking shots with some beautiful women. And my boys. Or maybe my wife. If I had one.

One thing I do every day is… I thank God. I work out and I write. That’s three things, but I’m wordy. I also brush my teeth. Twice. Sometimes.

I can’t stand when people… when people are late. I’m the only one that can be late! What kind of sh&* is this! I kid. I didn’t really have anything else here.

But I love it when people… are pursuing something that they truly love, something that makes them happy. I love good energy people. I surround myself with people that believe in their dreams and think anything is possible. Fulfilling your dreams is hard enough as is, no time to be surrounded by naysayers and nattering nabobs.* (Spiro Agnew reference because that’s how I roll)

If you happen to run into me in the street… I probably won’t remember you. I have a horrible memory for names and people… but I will pretend to know you. So, no worries.

The Best piece of advice I ever received was… from Lance Gross. He told me to make a vision board when we were working on House of Payne together. He had made one a year before and it had Tyler Perry on it, Eva and a loft among other things. Needless to say, that year he became the star on Tyler’s sitcom House of Payne, started dating Eva Pigford and bought his dream loft in Atlanta. I ran out and made mine which included running my first marathon, making over a million dollars with Barack the Vote, becoming a staffed writer on a TV show, being on the cover of a magazine and getting Barack Obama in the White House. Check, check, check, check and CHECK. I make a new one every January.

If I had to coin it, my message would be… Fuck fear, pursue your dreams, it’s what God put you here to do.

My future plans and projects include… Getting Purple Stuff TV and other shows on air, and an amazing campaign for Barack the Vote 2012… oh, and loving life.

Big Ups to… Be Moore for doing this article on me and www.PurpleStuffTV.com And to my writers, producers and crew on Purple Stuff. They’ve stuck with it for two years and going. Fleetwood Mac had 14 albums before their 15th/1st album that went to number one on the charts and their 16th/2nd album that is 4th best selling album of all times. Perseverance + talent always pays off. Watch. 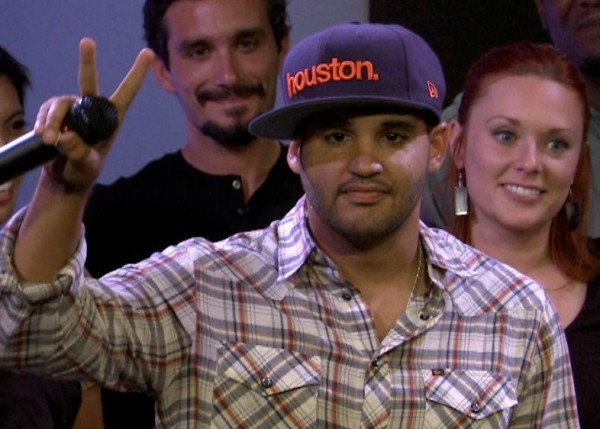 Brandon is an Alum of Howard University.