Should the N-Word be taken out of classic school taught literature?

A new edition of “Huckleberry Finn” removes the 219 uses of the word “nigger” in the novel and replaces them with “slave.” The professor who proposed the idea said he did it because he was hesitant to pronounce the word when he was teaching the book, and because he wanted an edition “not for scholars, but for younger people and general readers.” What do you think about tinkering with a literary classic like this? Have you studied “Huck” in school? How did your teacher handle the language?

Alan Gribben, a professor of English at Auburn University at Montgomery, approached the publisher with the idea in July. Mr. Gribben said Tuesday that he had been teaching Mark Twain for decades and always hesitated before reading aloud the common racial epithet, which is used liberally in the book, a reflection of social attitudes in the mid-19th century.

“I found myself right out of graduate school at Berkeley not wanting to pronounce that word when I was teaching either
‘Huckleberry Finn’ or ‘Tom Sawyer,’ ” he said. “And I don’t think I’m alone.”

Mr. Gribben, who combined “Huckleberry Finn” with “Tom Sawyer” in a single volume and also supplied an introduction, said he worried that “Huckleberry Finn” had fallen off reading lists, and wanted to offer an edition that is not for scholars, but for younger people and general readers.

“I’m by no means sanitizing Mark Twain,” Mr. Gribben said. “The sharp social critiques are in there. The humor is intact. I just had the idea to get us away from obsessing about this one word, and just let the stories stand alone.” (The book also substitutes “Indian” for “injun.”) 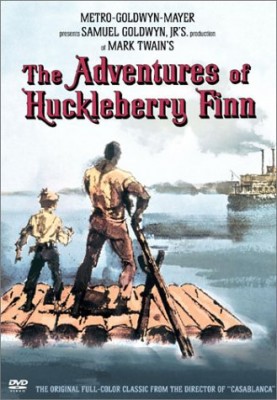 0 responses to “Should the N-Word be taken out of classic school taught literature?”