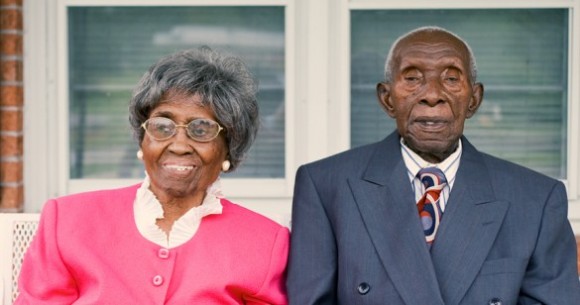 If Dear Abby and your therapist just aren’t cutting it this Valentine’s Day, you can tweet at the world’s longest-married (living) couple, Herbert and Zelmyra Fisher, for the scoop on how to score and sustain love.

That’s right, while some of the older set just can’t wrap their heads around Twitter (unless it’s connected to a fax machine), the Fishers will be all up on the microblogging site this V-Day, dispensing pearls of wisdom to the younger set (for whom the sanctity of marriage has already been destroyed by Facebook). The whole project was dreamed up by blinkbox, which is an on-demand movie and TV website in the UK.

Herbert and Zelmyra — who were married in 1924 and are 104 and 102 years old respectively — are inviting us romantically bankrupt miscreants to visit their Twitter page, @longestmarried, from today until February 12. Simply tweet your question to the pair, who will select 14 questions that they will then answer on February 14.

The couple, who enjoy hanging on their front porch, watching trains pass by, counting cars and talking to their neighbors, are apparently the model of wedded bliss. They each have their own bedroom — so Herbert can stay up late watching baseball. Well, I guess distance does makes the heart grow fonder. 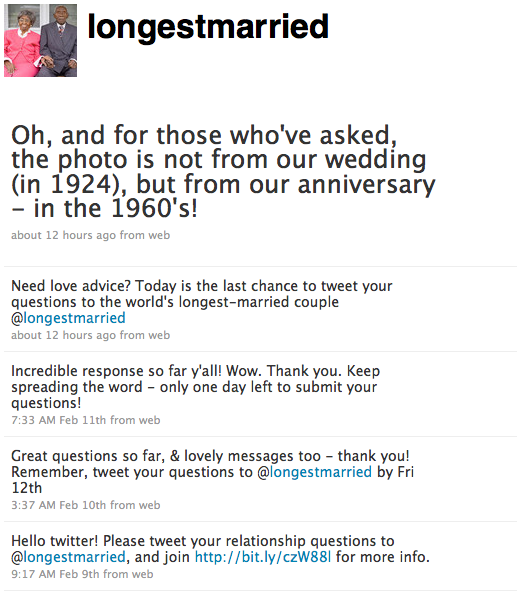