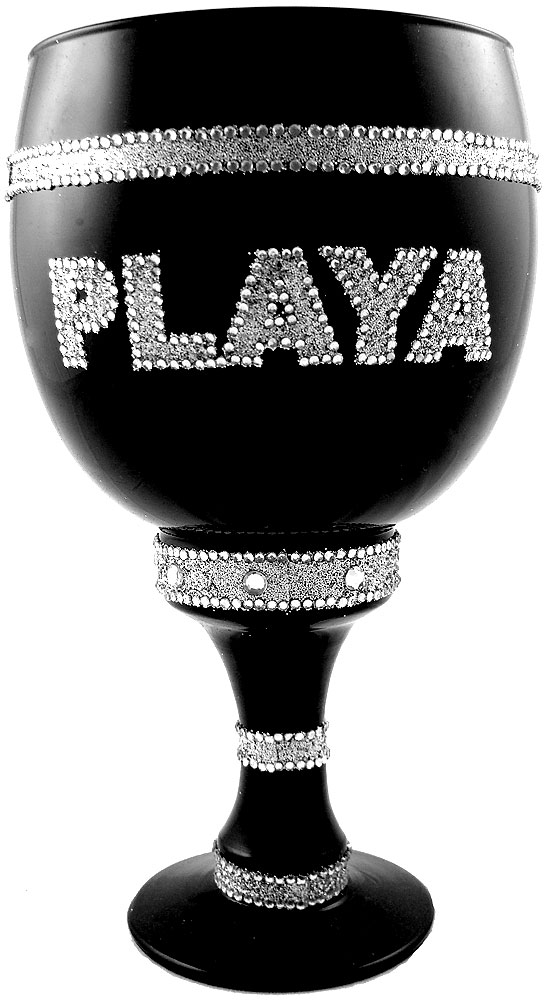 So I have to open up and start gettin’ more real.  This is the first installment in “The Playa’s Handbook”.  The stuff you know, but either don’t wanna know, don’t wanna accept or don’t commit it to memory like you should.  I’ll start with a few rules for the new to the game.  But if you stay NEW to the game, you can’t be TRUE to the game.  So listen up…

Rule #1: Don’t change the rules in the middle of the game; you will surely catch it.
Example of the rule being broken:
You normally answer your cell phone around your SO (or at least keep it on audible). Then you resort to not answering it OR always having it on vibrate. Now how you think SHE not gonna start questioning you? Then you try to make her think she crazy. Well be advised of rule #2 and then don’t fool yourself into believing she is not gathering evidence. If you don’t believe me, read my article “Homeland Security”.

Rule #2: Women are infinitely smarter and more cunning than men. Men think only in the moment…women plot and scheme. Because we’ve had alot of practice, we’re simply better. Besides…we cry if we get any where NEAR caught to make you feel bad about even accusing us.

Rule #3: The grass always looks greener on the other side…until you have to mow it.
Example: You and your SO are having issues. The Shorty at work is givin’ you some rhythm. Of course she looks cute…you don’t see her until she puts on all her make-up, she’s getting dressed for YOU and she ain’t bitchin’ about bills, kids, and washin’ your draws. The REAL woman is at home. Work on home b/c if you get caught even tryin’ to mow the grass….it’s gonna be “Your Ass is Grass”. If you do leave your mainy (main chick)…then you’ll be wonderin’ why the “grass” ain’t so green no more…OR your NEW GRASS now is checkin’ out another lawn.  What goes around comes around.

Rule #4: Lawd ha mercy ladies….why are there women in the new millennium who STILL think that havin’ his baby will keep a man. OMG! I just really have no more to say about this. A true playa makes a decision that’s best for her…not any man.  If you truly want to keep a baby, then make the decision on your own terms. And please don’t turn into a ghetto baby mama b/c he doesn’t like you….he really didn’t like you to begin with.  And for God’s sake, don’t use the child as a pawn. A true playa admits mistakes and moves on….

Finally…(for now)
Rule #5 Men will lie to keep someone even when they’re not 100% into them.
Don’t know why…just accept that it is what it is…and don’t take it too personally. They just really aren’t built to tell the truth even when it makes sense to tell the truth and the stakes are not even that high.
EX: You’re SORTA dating a woman (not 100% committed). Then she gets word that you were somewhere other than what you said….or you miss a date. Instead of telling the truth (hey it’s early in the game), you lie…even when it’s not necessary.

Just the beginning of a few thoughts that I’ve always had and said to myself….I should write a book on this. So consider this a pre-read and tune in b/c when you least expect it, there’ll be more entries. I’ve turned in my playa’s card, but I’ve forgotten more about the game than most will learn.

With Love,
A. Fox

Rule #5 is the truth, to my amazement! To this day I still don’t understand how lying is the greater offense.

Since we in CHUCH lemme testify.

Seven years ago, I was sorta dating “Kay” when I met “El”. How I got busted was El’s friend saw me with Kay and later pointed Kay out to El.

They actually met and conversed about me. Kay came to me later and told me what happened; so I really didn’t get a chance to lie. However, nothing really came of it and I continued dating both of them, to my amazement.

With this experience in mind I’d like to propose an amendment to Rule #5. If the situation doesn’t warrant lying, then the question probably isn’t worth asking.

Women aren’t built to tell the truth either. They lie about everything from their age, to how many partners they’ve had, to faking orgasms. If you really think about it, women and men lie for the exact same reasons…to keep the piece. (spelling intended)

Hey A Fox, I think we may need to talk off-sides. I think extracurricular lessons are due….by the way are you happily in it?!

JC…see….the rule works! :o) It usually doesn’t make as big of a differnce as one might suspect. Women can definitely tell their share of lies…it’s usually that ours are well thought out and men’s are sort of on the spot (and therefore not very good)….hence RULE #2.

JC. I saw that it was there. Haven’t had a chance to go thru it with a fine toothed comb, but I saw some things that really made me smile. :o)

To JC……comments on Sexy Mixed Tape….

I really want you to touch on “silence” method. You know when you are asking a man questions and he just stares at you like a deer in headlights, or like you are in a duel on a dusty road in a cowboy movie…until you just get frustrated and walk away. He’s successfully avoided answering the question altogether.

Well…that’s a new one b/c if the silence goes on too long…well then I have my answer…or I start throwin’ things or swinging sharp objects till the white meat show!

I’mma hafta marinate on that one.

But my final thought (that I don’t really think will change) is…men can’t think on their feet when they are caught in a lie and if he can’t answer…then you have your answer.

Co-sign on A Fox’s answer on the silence approach–silence = the truth!

you know as a man, i can do pretty good thinking on my feet when i am lying. i feel like tyler perry with this one though. give it about two weeks or so and come back and ask the question again and see if you get the same answer. but women definately have us beat and if you do catch them in a lie they still have a way to turn it around and make it look like the man has done something wrong.

First off…………I got the scoop on chicks no man can match. I’m a personal trainer So I hear a lot of behind the scenes stuff from woman first hand. Woman tell all to there trainer and, Men need to know one thing……….. All WOMAN LIE, and are addicted to DRAMA. Yo MAMA, sister, and yes the girlfriend.

Rule#1 Keep your phone on vibrate off the rip! This one may be true. But, a true playa just rolls how he rolls. He aint gotta deal with no DAMN questions! lol

Rule#2 Guys shouldn’t let their egos get them in trouble on this one. A. Fox is right, woman can’t be trusted……..they are better at lying and scheming. When guys are sitting around talking sports, woman are sitting around scheming. Discussing our ways with their friends, trying to crack the code. Like a football team studying tape on their opponent.

Rule#3 Shouldn’t be taken seriously by Men. The grass is greener a lot of the time. Don’t be discouraged to look around if she ain’t acting right.
One womans trash is another womans treasure!

Rule#5 I think A. FOX was talking about woman in the first sentence of this one.

And I’ll prove it………Look what A. Fox wrote in Rule#2 and two rules later Men are the master liers. Contradiction in the language WOMAN…. means Lie!

OK….Chris…let me help you out Bay-B.
Rule #3…I ain’t made atcha for checkin’ out other grass…but when you make the move to lay in the grass and cut the grass and feel the grass….don’t be tryna do it while standing in my yard.

Rule #5 is that men lie about stuff when they DON’T HAVE TO….so that’s the difference. Women have come up the lie and plan TWO weeks in advance, but men if caught will tell a lie about like that it’s raining outside when it’s sunny….like stuff that doesn’t matter. Ck JC’s response…he says that once he got “caught” (but not really) and just told the truth…it didn’t even make a difference.
That’s my point…if you’re going out w/ friends…then just say that…instead of saying you were home all night. It just doesn’t make for good CHU-CH! :o)