Keeping the FIE-YAH in Your Relationships! 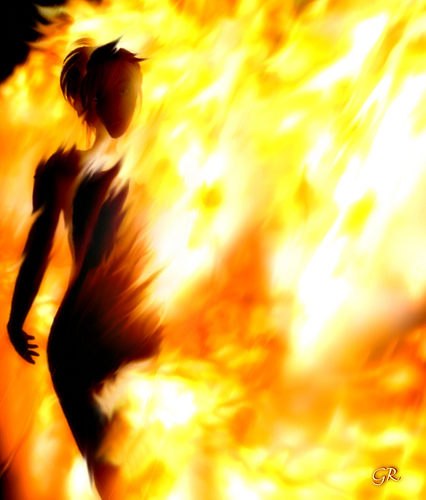 If you’re married, you know that there is alot of work that goes into keeping the relationship on Fie-YAH! OK…so let’s start with number one ….

OK. What do I mean by Communicate? Do you KNOW what your mate thinks is hot? Do you know what they think is hot about you? Do you know what gets them hot? Do you know what they see in other people that they find appealing? Well you may think you know, but you MIGHT have no idea. So talk about it. Be open….and go with it. My husband and I can go to a club and talk about the women that he finds attractive. And he will tell me why. Usually we use that information/image for our own “benefit” later on that night….but that’s TMI I’m sure. So back to you…..does your sig other like movies? Watch one with him. Does he like erotic fiction? Read a story to each other. Try something new. You neva know….you might like it.

Anywho….Next… Keep it tight! I’ve birthed TWO 9 lb babies, so I know that you don’t have to turn into a jelly donut after having children. And if you do, then don’t blame it on the kids. Do something about it. I may have gotten a little bitta hips this time….but hey…I had ZERO before….so that’s a good thing. I’m not saying you have to be skinny….but you should be the same size (or close to it) that you were before you had the kids unless there is something medically amiss. My cousin was on FULL bedrest, dropped out a set of twins and was back in a size 4 before you could say, “Can I get some fries with that shake?” If you were thick and your sig other likes ’em thick….the stay that way. If you were a size TWO, then you should not be a size Twenty-two once the kids drop out. I’m not even saying you’ll be a size TWO again, but Twenty-two????

Now Keep It Tight ain’t just about the body…how about your hair & clothes. Do you stay in sweats and a pony tail now that you and your sig other have been together a while. Put on some make-up, do your hair and put on a nice outfit that shows off your body or at least the body parts he likes. Keep it tight.

Now I know that gravity, mother nature and plain ol’ age plays a role, but walk around the block or something. Do some Kegel exercises and get those pelvic muscles doing the Harlem Shake or at least the Shoulda Lean. If you need help, there are little internal weights that can help you get where you want to be.

Finally, keep your SWAGGA tight. Did you used to walk in the spot like your shyt don’t stink? Did you draw stares of both admiration AND envy? Or were you a wallflower? Now if you were a wallflower, then go no further, but if you stepped up in the place like your shyt was lined with gold, then get that SWAGGA back. Hey….I know and understand that everybody’s can’t be lined with platinum…but there is certainly at least a gold standard. Here’s hoping to a plan in ’08 that gets you where you wanna be or if you’re already where you wanna be, here’s to keepin’ it tight.

Much love and kisses!

0 responses to “Keeping the FIE-YAH in Your Relationships!”