Currently, I’m working in Denver on the Democratic National Convention. Unfortunately in my work, I’m usually the only or part of the few blacks working on an event. Same goes here, there are a handful of “us”, but would you know that one of those people has turned out to be a fellow Alum!!!!! Oh, my goodness, I nearly fell out of my seat! And of course, the next question is, “Are you on the Roundup?” And her response was, “Yes!!” And today, I made a new friend…

My DNC Highlights from Day 1

All is well now & i’m ready for tomorrow.

Sites I see along my journey in Denver. Light rail to the left and to my right (out of camera shot) MSNBC has erected a stage in a parking lot. 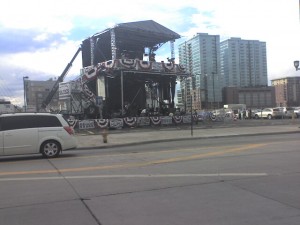 Pepsi Center, home of the DNC, for now… 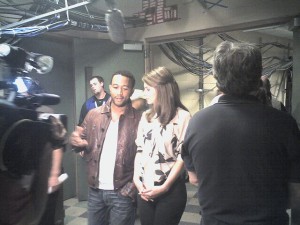 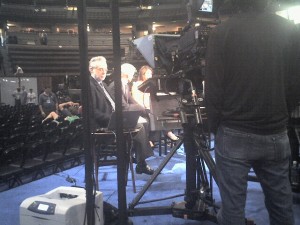 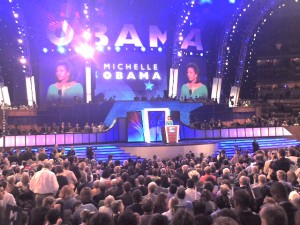 The next “First Lady”