April 19th marked the 15th anniversary of the bombing of the Alfred P. Murrah building in Oklahoma City by Timothy McVeigh. While many gathered on that day to commemorate that tragic event, the act and others like it, continue to shed light on a fundamental hypocrisy in American society. The hypocrisy in question is the refusal of the American public to apply the term “terrorist” to anyone other than Black or Middle Eastern, Islamic radicals.

The lack of application of the term “terrorist” to Americans or Christians is certainly not due to a lack of evidence. For example, it would not be hard to recognize the brutal and destructive nature of slavery in America as institutionalized terrorism.  Just as easy would be a recognition that groups like the Ku Klux Klan and other Christian-based, White supremacist organizations have repeatedly engaged in terrorist acts. Add to this list the lynching of Black people and the genocide of Native Americans and we soon realize that domestic terrorism in the United States is as American as apple pie.


Despite these historical realities, the refusal to label anyone other than Muslims as terrorists has recently reached epic, hypocritical proportions. So, when Middle Eastern, Islamic radicals, due to their hatred of the U.S. government, flew two airplanes into the World Trade Center on 9/11, they were rightly called “terrorists”. But when Andrew Joseph Stack, a White, American, software engineer, posted anti-government language on the internet then flew his plane into an IRS building in Texas, media reports simply described him as a “pilot” and a “tax protester”.  When another group of Islamic radicals flew a plane into the Pentagon on 9/11, they were, again, rightly referred to as “terrorists”. But when John Patrick Bedell, a White, anti-government, conspiracy theorist opened fire in March of 2010 at the Pentagon injuring two, he was labeled in news reports as a “gunman” and the “Pentagon shooter”. We’ve even been told that there are supposedly Islamic “sleeper cells” secretly living among us waiting to carry out terrorist acts on U.S. soil. But when the all White, anti-government, Michigan based “Hutaree” were recently arrested for their intricate plan to murder a law enforcement official, then blow up the rest of his colleagues at his subsequent funeral, they certainly weren’t described as terrorists. Rather, they were portrayed in the media as an “anti-government” and “Christian-based” “militia”. These three instances alone are indicative of the bias inherent in the usage of the term “terrorist”.

Some may argue that the sole application of the term “terrorist” to Islamic radicals is due to the inordinate threat they pose to American society. This argument is easily dismissed by the facts. According to the FBI, between 2002 and 2005, there were 24 acts of terrorism carried out in the United States. Twenty-three of the 24 incidents were carried out by White, “domestic terrorists”. Similarly, the Department of Homeland Security issued a report in April of 2009 that detailed the resurgence of “Right wing Extremism” in the United States. Specifically, the report stated that economic downturns, as well as “the election of the first African American president”, are two of the main reasons “driving a resurgence in right wing extremist recruitment.” Going further, the report also noted that “the threat posed by lone wolves” and by white “terrorist cells is more pronounced than in years past.”

This Department of Homeland Security report came just after the killing of two Pittsburgh policemen by a right wing extremist and only two months before the shooting at the Jewish Holocaust Museum in Washington, DC by James Von Brunn, an avowed white supremacist. And for the record, neither the Pittsburgh nor DC gunmen were ever referred to as “terrorists”, despite their anti-government and politically motivated murders.

Another excuse given for the one sided application of the term “terrorist” is that there is no clear definition of the term. This is also incorrect. According to the Code of Federal Regulations, terrorism is described as “the unlawful use of force and violence against persons or property to intimidate or coerce a government, the civilian population, or any segment thereof, in furtherance of political or social objectives”.  As seen from this definition, all of the recent incidents cited above, as well as the Olympic Park bombing by Eric Rudolph, the actions of the “Unabomber” Ted Kaczynski, and all of the 300 plus abortion clinic shootings and bombings between 1973 and 2003, fall comfortably within the established definition of “terrorism” by the federal government.

In closing, we are asked in the Holy Bible, “Why do you see the speck in your brother’s eye but fail to notice the beam in your own eye?” This is an admonition against hypocrisy and against holding others to a standard not met by ones self.  The American public would do well to heed these words. By broadcasting the terrorist acts of others while omitting America’s own terrorist past and present, we create an artificial sense of self-righteousness. This artificial self-righteousness insulates the public from the dangers that White, domestic terrorists continue to pose to society. This insulation ultimately gives way to the “beam” in America’s collective sight; a blindness to these acts in the eyes of society.

If not properly addressed, it is this blindness that will allow the future John Patrick Bedells, James von Brunns and Timothy McVeighs to make their terrorist mark on our society.
—

Join the discussion with David Banner on twitter! @TheRealBanner 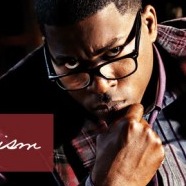 26 responses to ““Selective Terrorism” An Editorial by David Banner”