Black America Allows the CDC to Stack Herpes Numbers: The Truth Behind the “Statistics” 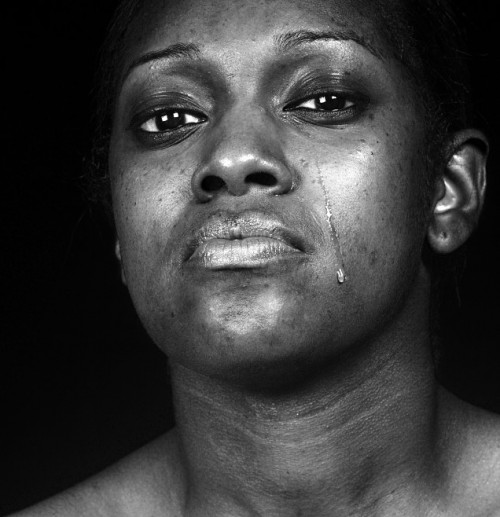 “I’m a Black woman in America, and I’m very concerned.”

There have been several reports, press releases of sorts stating some very unnerving news about the Black woman in the United States. Reports say that 48% of Black women have herpes, 46% of Black women have a net worth of $5, and 70% of Black women are not married. With numbers like this, is there any hope left for Black women? These statistics, in my opinion are of PANDEMIC; even EPIDEMIC proportions. Over the next several weeks, I will investigate these “reports.”

Besides the slight media flair, and the flurry of posting and repeating of this ominous news on internet blogs and news sites, nothing has been done to attack these problems. At some point, will we realize that we have a problem here–of drastic proportions.

If true statistically speaking, that would mean that, between myself and my BFF, one of us has herpes.

One thing that I have learned in life is, you just don’t believe something because someone tells you. You ask qualifying questions. You ask for supporting information. You ask for proof. So that’s what I did. I asked for proof. I called the CDC, and asked for the data results collected in the National Health….Survey–conducted by responsible doctors, which supported this alarming find that half of Black women in America have herpes.

I wanted to know, why, if this number was true, hadn’t a State of Emergency been declared on Black women’s health. After 5 phone conversations with my assigned CDC representative, Amber, she asked me what my “position” was. I asked her, “My position?” She says, ‘Yes, who are you?’ I responded, “A black woman in America, and I’m very concerned.”

I wanted to know how these statistics were collected, and what study groups were included. I knew that I hadn’t ever received a call about herpes from anyone. My personal, private practice physician had never asked if I would be a part of any studies about herpes.

So, who DID they ask, and when?

Amber, my CDC rep never answered my questions directly. I did, however, receive an email which stated that the CDC was unable to forward the clinical studies referenced for the NHANES findings.

The info for this alarming announcement came from the NHANES data received in 2005-2008. The survey’s subject was the Seroprevalence of Herpes Simplex Virus Type 2 among persons 14-49 years old. By design, NHANES data is collected from 3 primary sources. (Although currently, most of the data is obtained from the first 2 sources:)

Remember, I asked the CDC rep if she knew the studies used for the NHANES data, and she couldn’t answer? Well, I then looked for the sources through an internet search, and found that most of the clinical studies that were used for the 2005-2008 data were meta-analysis and post analysis from previous studies conducted.

So what does this mean?

Researchers are using older studies to gather information that is needed to release the “new findings.” According to a previous article in, The Root, Dr. John Douglas, the director of the division of STD Prevention at the National Center of HIV, STD and TB prevention at the CDC, “The herpes numbers for black women have remained relatively the same over several years at 46% and 51%.”

Relatively the same, huh? I guess that means no need to conduct new studies.

The Root was one of few online sources that questioned these CDC findings. I question why did so many well-known sites, that supposedly represent African-American interests and concerns, publish this finding without any provocation? I definitely had questions, and I searched for an actual study.

I had to search back several years, to actually find a study CONDUCTED. (Although the NHANES data collection includes several clinical studies, I have just provided information for one similar study.) The clinical study is called: Seroprevalence and Correlates of Herpes Simplex virus Type 2 Infection in 5 Sexually Transmitted-Disease Clinics; Gottlieb et al; The Journal of Infectious Diseases 2002.

● The study was conducted from July 1993-September 1996 in Baltimore, Long Beach, Newark, Denver, and San Francisco.

● Fewer than 1/3 had an education beyond high school

● Almost 2/3 had been previously treated for at least 1 STD, with gonorrhea being the most commonly reported.

After reviewing this study, I have some qualifying questions.

➢ The participants were predominately low-income. The U.S. Census Bureau states that 24.5% of Blacks live below the poverty-level. As a numerical whole, 48% of Americans living in poverty are White. Why is 75.5% of the Black community being represented by its lowest group?

➢ Free clinics provide services to low-income, uninsured and under-insured families. This study was conducted in 5 STD clinics in the inner-city. Why are these findings used to represent ALL of Black women? If you are a Black woman, or you know of one, does the inclusion criteria for the study represent most of the Black women that YOU know?

➢ Fewer than 1/3 of the participants had an education beyond a high school education. Yet, U.S. Census Bureau information from 2009 states that of 25,910 Blacks used in their survey, 82% of those Blacks had a high school degree or higher. Only 18% of Blacks had less than a high school degree. Why use an undereducated population of people that doesn’t truly represent the true population? (Incidentally, this study only used 8.76% Black population, even though Blacks represent 12.9% of the U.S. Population.)

How can the Center for Disease Control for the United States of America make such a broad and inclusive statement about an ENTIRE group of people, with such an erroneous platform? Yes herpes needs to be prevented in Black and White America, and all of those represented in between. But why must ALL Black women be the Poster Child for preventing herpes?

When will we stop allowing researchers, journalists, surveyors and the like—to make such egregious misrepresentations of our entire American Black population? When will enough be enough?

NOTE: Routine testing at your family doctor will notify you of any STDs and will potentially assist in preventing further spreading of any disease.

(Richelle R. Ransom is a FAMU Journalism Graduate. Over the next few weeks she will be covering several subjects that effect the Black community in a series entitled: The Black Diamond Series.)

35 responses to “Black America Allows the CDC to Stack Herpes Numbers: The Truth Behind the “Statistics””